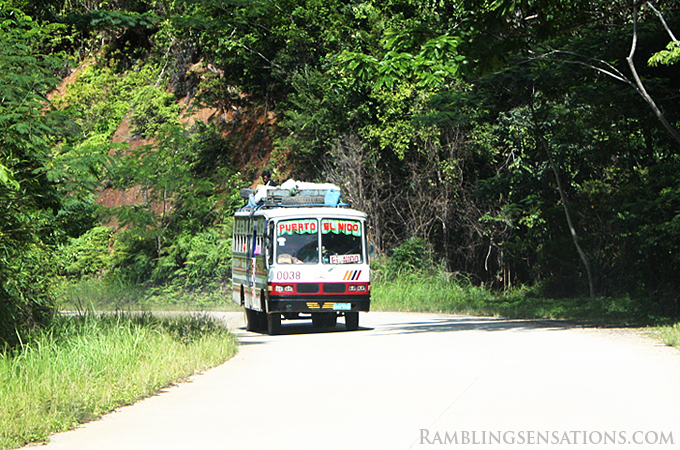 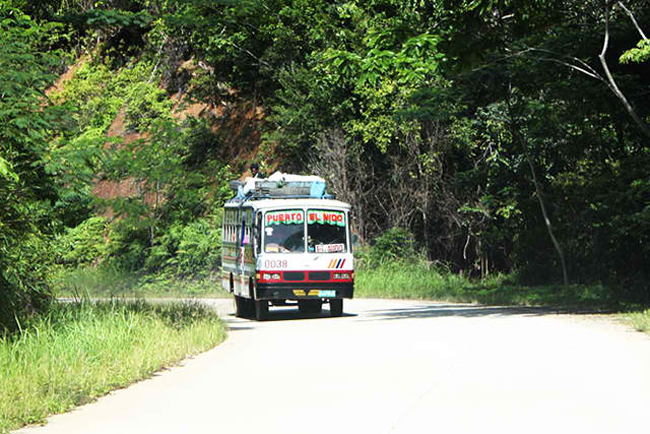 Soon after our arrival at Puerto Princesa Airport, we immediately hired a tricycle to take us to San Jose Central Terminal. I did not notice any taxis near the airport or in the city so I guess tricycle is the primary mode of transportation to get around Puerto Princesa. It took us about 15-20 minutes to reach the central terminal where we found a van bound to El Nido. We got to the terminal at 9:30AM but unfortunately, the van was scheduled to leave at 11AM so we had to wait for 1 ½ hours. 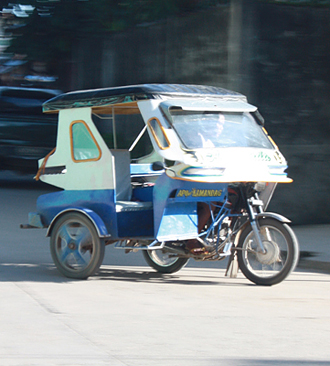 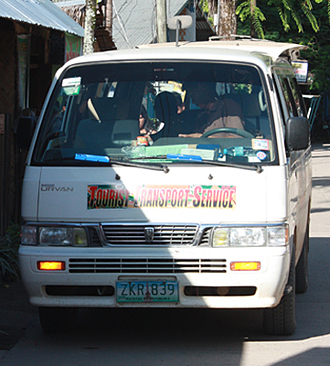 One may also opt to ride a non-airconditioned bus to El Nido for a cheaper fare but this trip would take longer. These buses are old so passengers may not feel comfortable and there’s always a possibilty that they break down along the way.

The road to El Nido seemed to be in very good condition during the first 3 ½ hours of the trip. But a few kilometers after Roxas City, we started to pass through a combination of smooth and rough roads. The highway was under contruction during our visit. At some point during the trip, the van we were riding got stuck in the mud .Our driver tried to maneuver the van out of the mud but failed several times and I thought we were going to be stuck there for a while. Fortunately, he brought a rope with him. He tied the rope under the front bumper and we all helped him by pulling the van out of the mud. We were succesful after two attempts and we continued with the trip.

It took us 6 hours to get to El Nido from San Jose Central Terminal with a lunch stopover at Roxas City.

At El Nido van terminal, we hired a tricycle to take us to the beach. (We found out the next day that we could have just walked from the terminal to the beach since it isn’t really far.) After checking out some of the beach front accommodations, we decided to stay at Ogie’s Beach Pension. 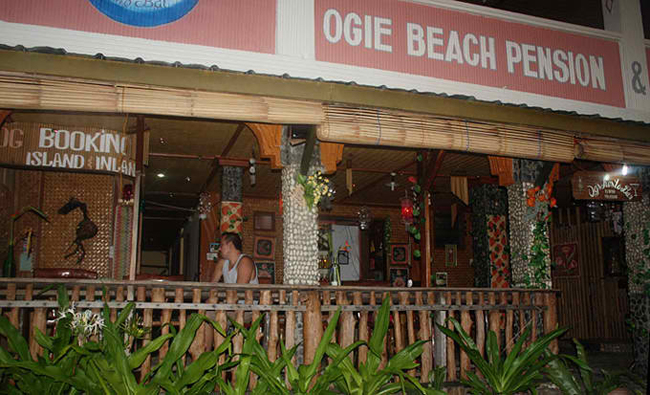 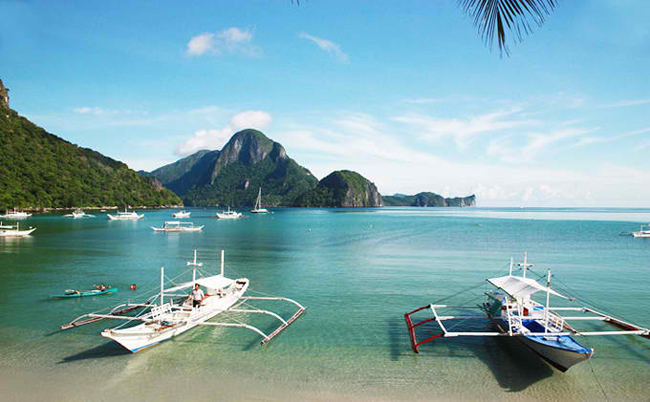 Van fare from San Jose Central Terminal to El Nido = P700.00 each. (We thought we were overcharged by Fort Wally. Fort Wally told us that if we take their van when we go back to Puerto Princesa from El Nido, we would get a P200-discount each. Since Fort Wally’s vans are old we decided to just let go of the discount and take a different van bound to Puerto Princesa .We were only charged P500.00 each)

Lunch at Fort Wally’s Restaurant in Roxas City= P180.00 ( The food? Not so good for the price)

Island Hopping Tour A: The Lagoons and Pristine Beaches of El Nido