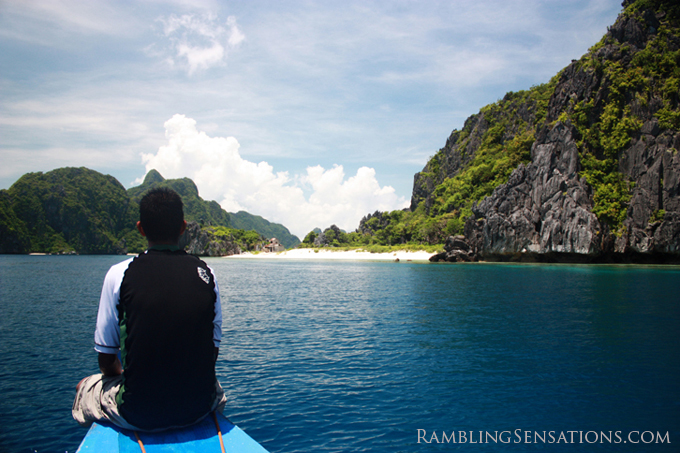 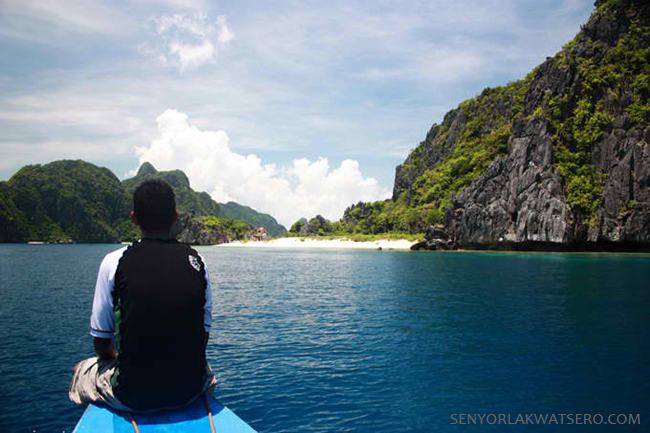 Our plan was to join all the three basic island hopping tour packages in El Nido. So, during our Tour A island hopping the previous day, we told our guide that we wanted to join their scheduled Tour C island hopping the next day. At P700/head ( Php 1400 as of August 2014,) Tour C was a little bit more expensive than Tour A.

We visited Matinloc Island’s Hidden beach first, a secluded white sand beach hidden behind gigantic cliffs which is accessible by boat. Or one may opt to enter it through a wide crack on the rock walls which was what we did. 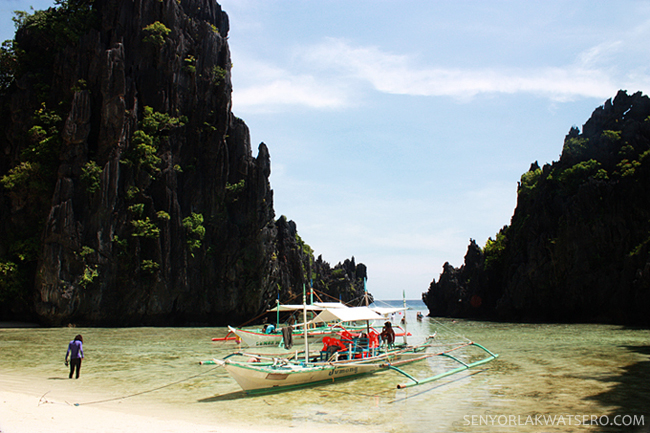 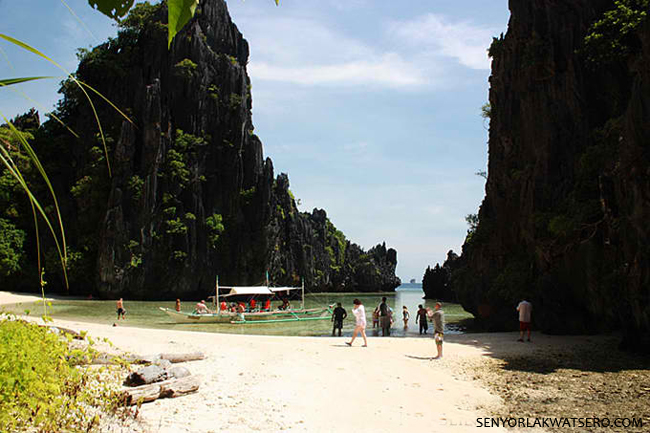 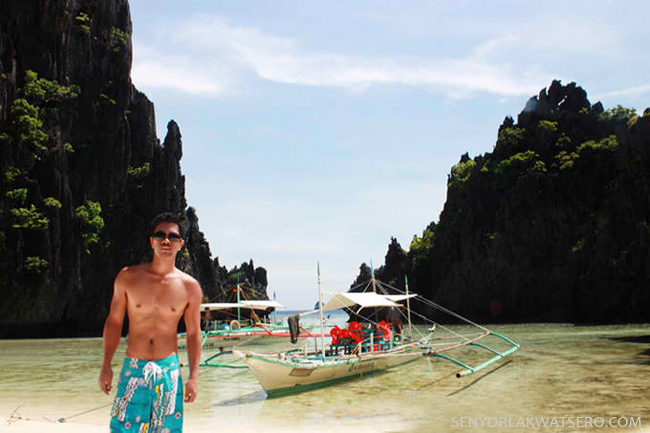 We did not stay long at hidden beach. After a half-hour of picture-taking, we then proceeded to Tapiutan straight for more swimming and snorkeling. Our guide told us that if we were lucky, we would be able to see marine turtles in the area. 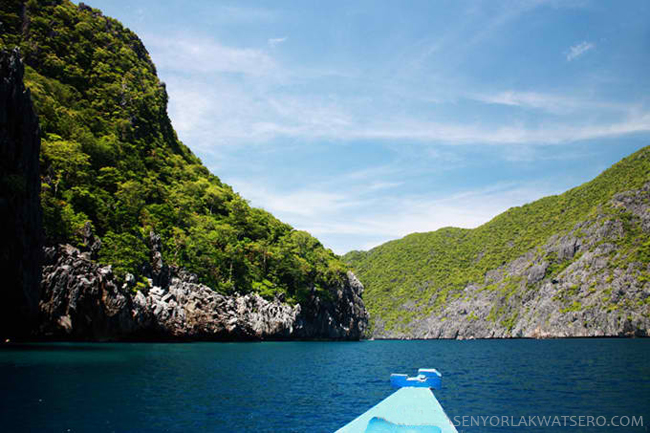 This was my favorite place in the area. The water was so clear and deep enough for me to dive in. But what’s even more amazing was the view. The area was so wide and all around us were towering cliffs with lush forest vegetations. 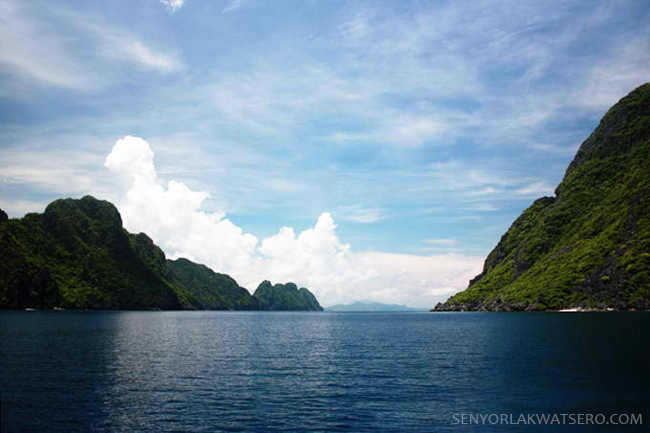 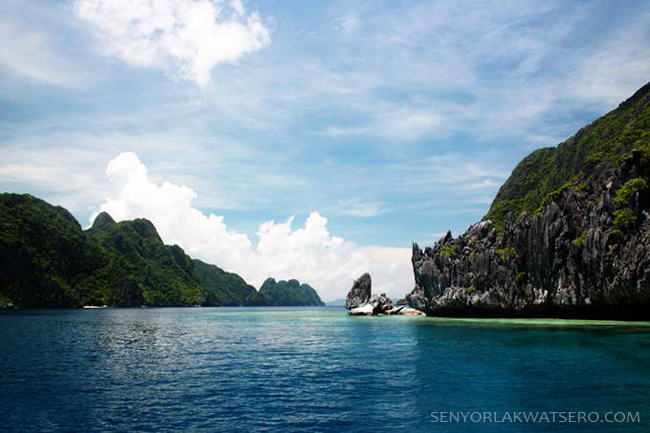 We stopped at Star Island for lunch. Another great spot for swimming ang snorkeling with white sand beach and crystal clear waters. I must have enjoyed swimming in this island so much that I forgot to ask how the beach got its name. 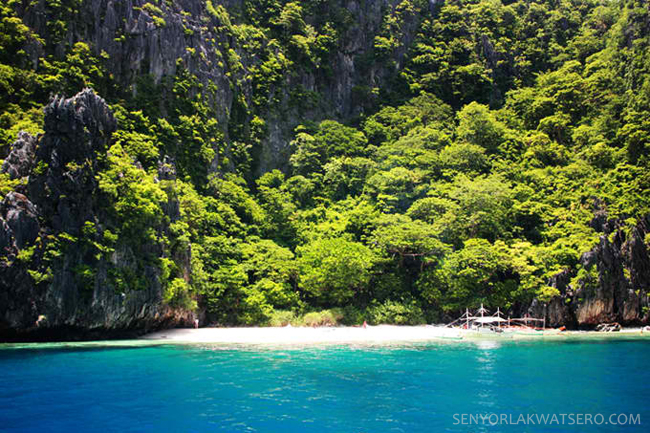 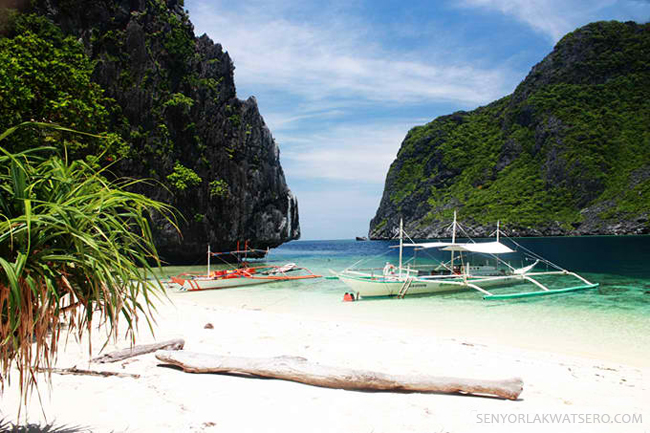 After lunch, we headed to the Secret beach. We were at the middle of the ocean when our pumpboat stopped and our guide Jason pointed to a small opening at the bottom of a cliff, just slightly above the water and told us that it was our only access to the the beach. During high tide, this entrance is submerged in the water so the only way to get in is to snorkel. Inside was a small yet very beautiful white sand beach enclosed by towering cliffs. 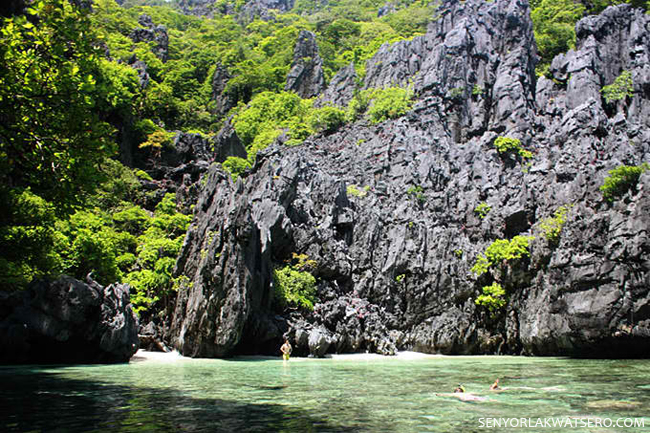 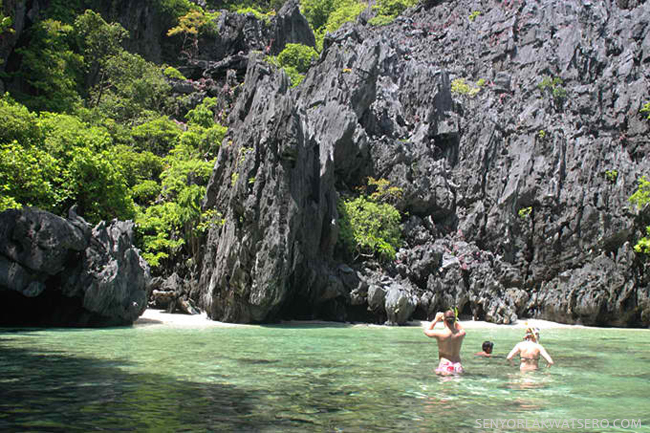 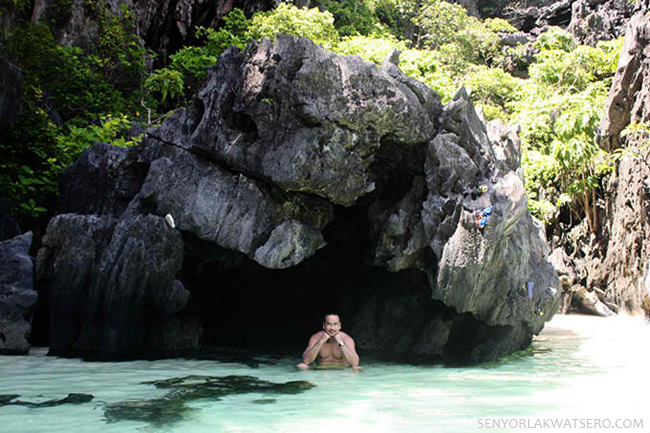 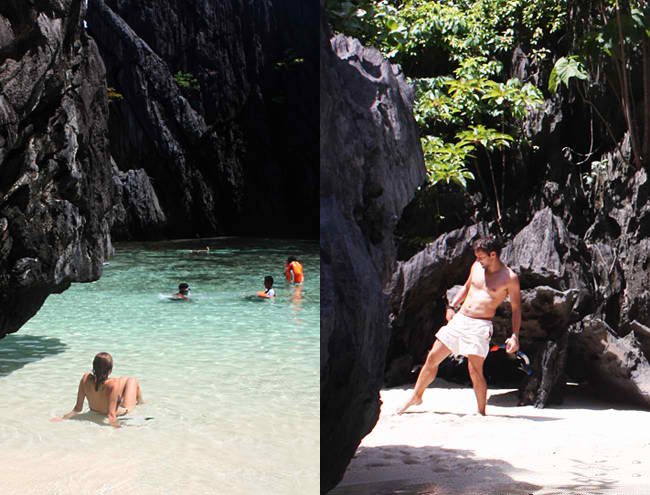 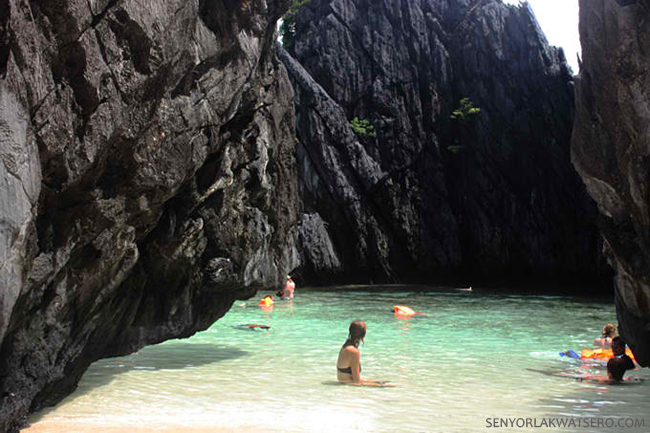 Our next stop was the shrine at Matinloc Island, said to be built as a result of a vision 20 years ago. There was also an abandoned retreat house beside the shrine. 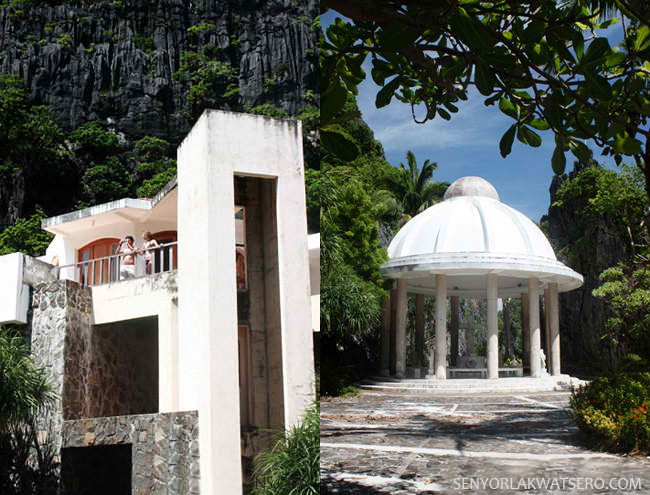 There were steps leading to the top of the cliffs and once we got there, we were rewarded with a magnificent view of the Tapiutan Strait. 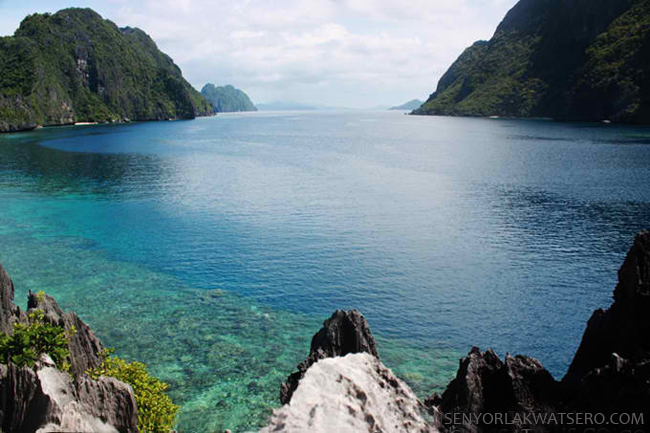 Our last destination was the Helicopter island. It was called as such because,when viewed from a considerable distance, it’s shape resembles that of helicopter. Although some said it’s shape looks like that of a dolphin too. This island has crystal clear waters and a beautiful white sand beach stretching to some 300 meters. 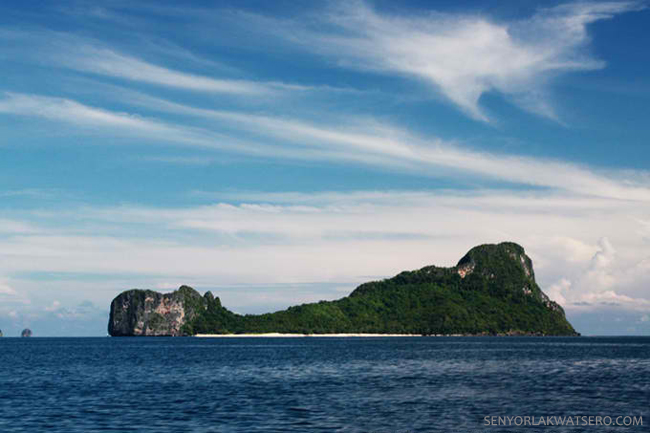 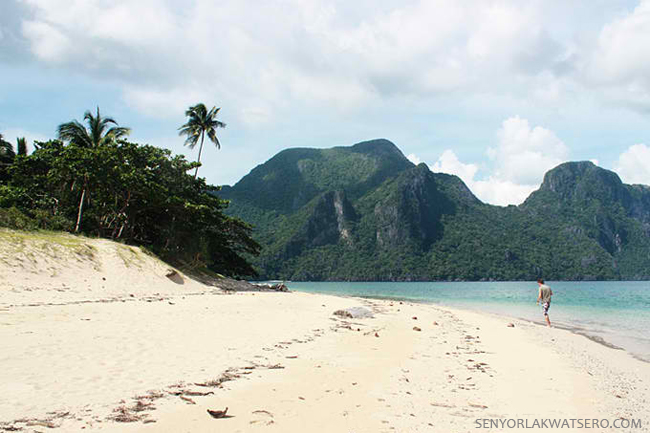 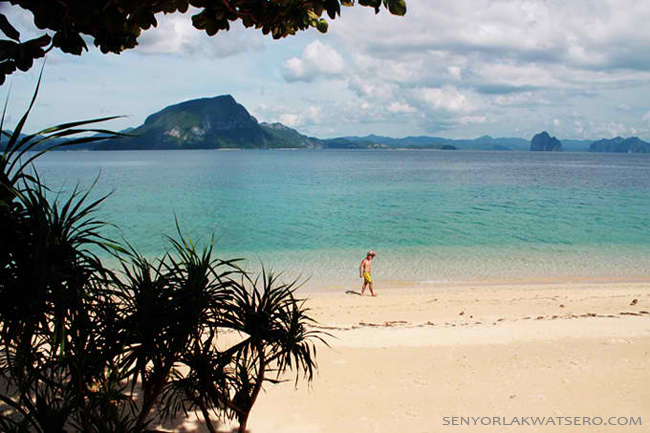 We left the island at 4PM. We had a great time and we’re looking forward to Tour B which was scheduled the next day.

Island Hopping Tour A: The Lagoons and Pristine Beaches of El Nido