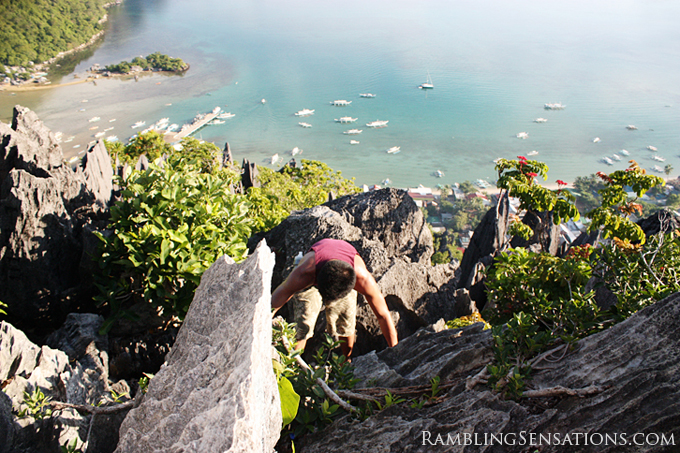 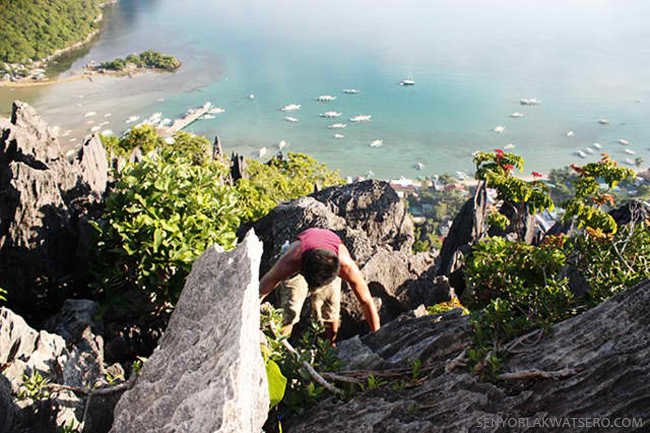 I promised myself I won’t leave El Nido without climbing it. If there was one souvenir I would like to bring home from this trip, it would be my own photograph of a breathtaking view of El Nido town and its beach cove from up the Taraw cliffs.

The guide fee was P300 for a single person, and P500 for a group. Jason, our guide during the Tour C island hopping, agreed to take me there. I was also scheduled to join Tour B on the same day so I asked Jason if we had sufficient time to complete the climb and be back on time for the scheduled island hopping. He told me that if we start at 6AM, we should be back at 8AM.

The climb seemed to be easy at first, but dangerous. I found myself passing through a jagged, sharp and irregular rock trail all the way up. To keep up with Jason’s pace, I moved as quickly yet very carefully as I could, always checking on footholds to make sure they stay put before I completely step and put pressure on them. At some points during the climb, I had to hold on to rock edges to pull myself up along vertical walls. I was sweating big time! 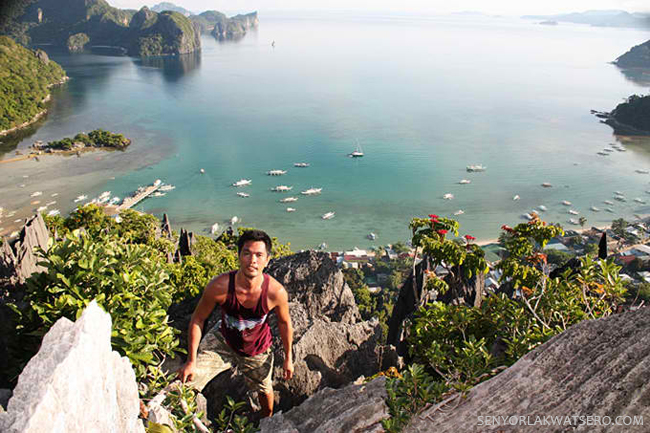 I was conversing with Jason the entire time. This made the climb easier for me as it prevented me from imagining horrible things that could happen if I made just one mistake. He told me that our pace was excellent, and after a few more climb, we reached our destination. The view from up there was breathtaking, even more beautiful than what I’ve seen in photographs. 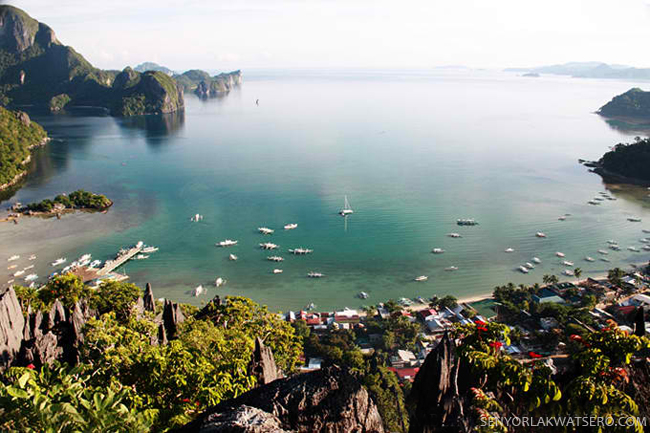 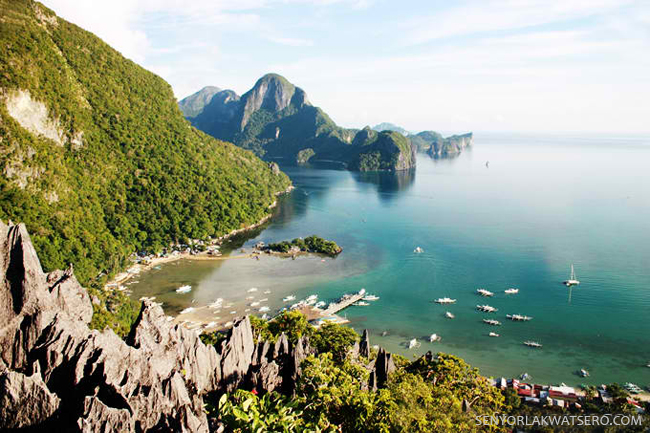 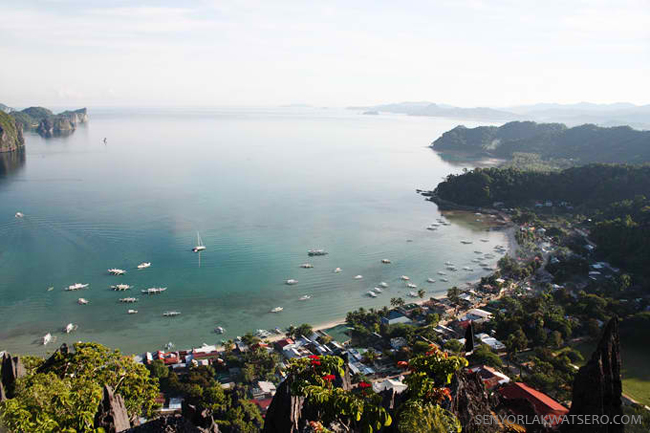 After taking several pictures of the amazing scenery, I handed Jason my camera so he could take pictures of me with a view of El Nido town and Bacuit Bay as background- my perfect souvenir from my El Nido trip. 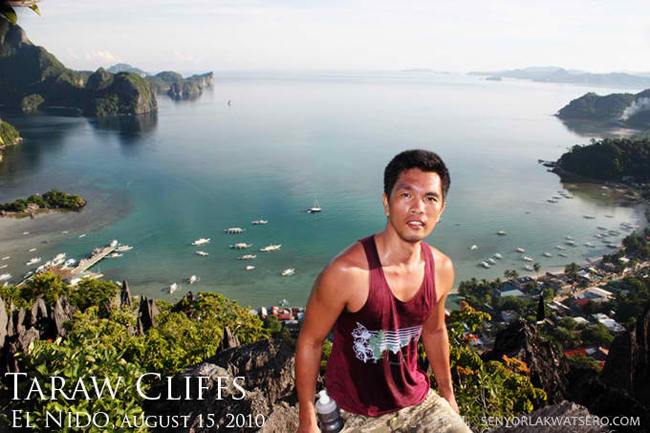 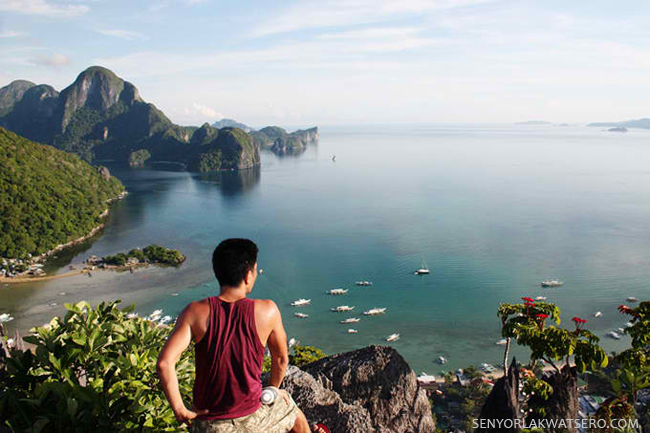 After a few more minutes, we decided to go down. We met a group of climbers on their way up and wished them the best of luck. We were back at the hotel before 8AM. I felt a sense of pride when Jason said it only took us approximately an hour and 40 minutes to complete the climb.

Looking up at the Taraw cliffs from the beach later that morning, I couldn’t help but smile – feeling very happy and contented. I was up there….I did it!