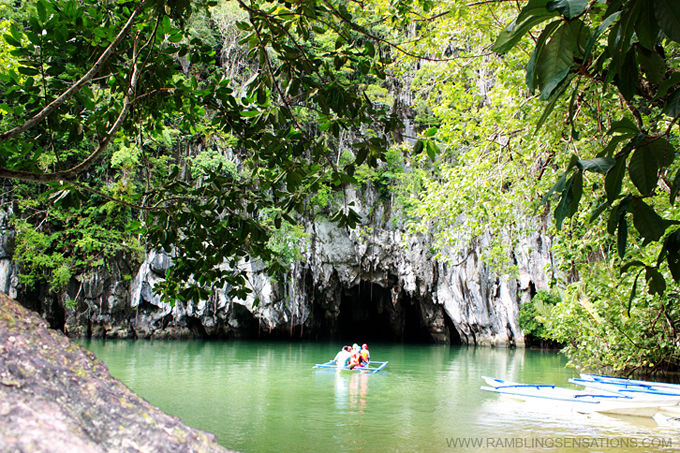 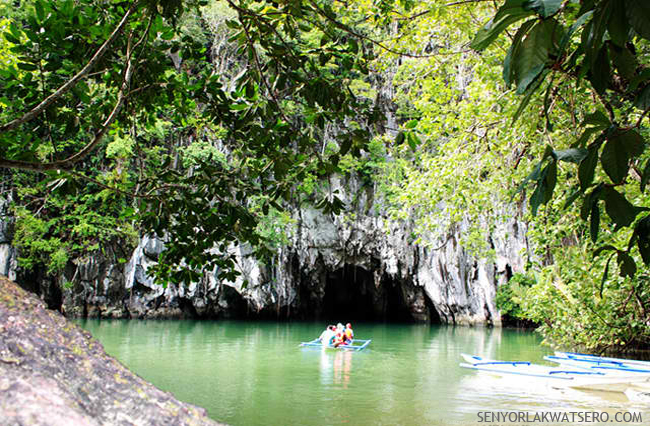 We made our way to where the Sabang jeepneys were parked and were told that the last trip would leave at 2pm Though the passenger seats were not fully occupied yet, the jeep was already fully- loaded with all sorts of merchandise that locals would bring home from the city. As expected, the jeep did not leave as scheduled. We left Puerto Princesa at 4PM, 2 hours late than what we’d been told originally. Needless to say, the ride was far from comfortable. 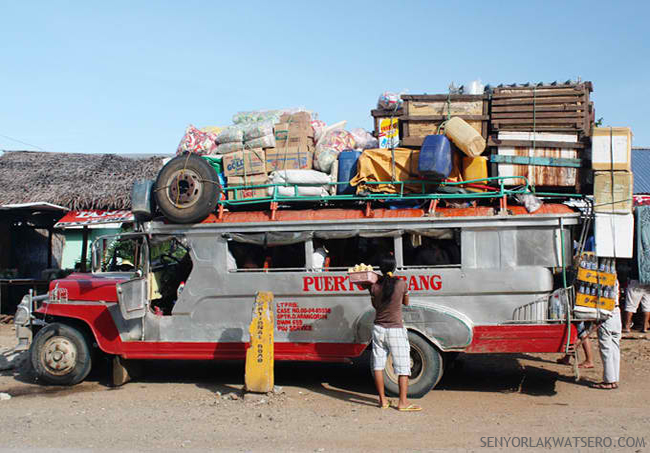 By 6pm, we arrived at Sabang and we immediately looked for a place to stay. One of the locals offered to help us and took us to the different beach front accommodations. We chose to stay at Robert’s. Sadly accommodations in Sabang were mostly nipa huts with bamboo floors, that had cracks and let the mosquitos in. Although we were provided with mosquito nets and ‘katol,’ a coil that is burned to kill or repel mosquitoes, I was still worried I’d be bitten by malaria-infected mosquitos during the night.

We woke up early the next day. Since we arrived in the evening the previous day, it was our first time to see the beach. We took an early morning walk and were impressed by its long and wide shore and fine white sand. 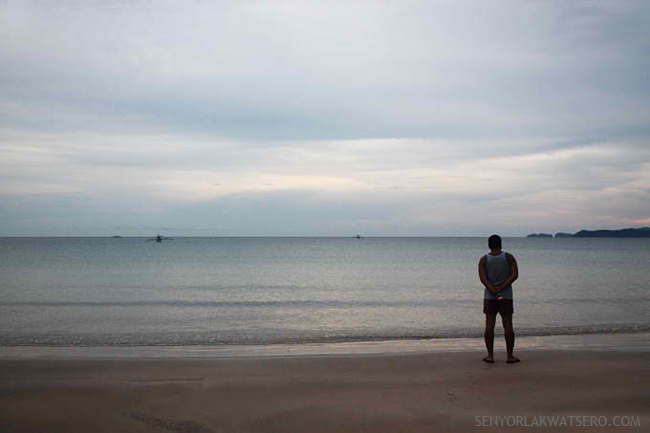 After breakfast, we headed to the Tourist Assistance and Information Center to get our permits.

At 8am, we were on our way to the Underground River. It was a short 20-minute boat ride that took us to another beautiful beach and then we walked for another 5 minutes along a narrow, marked path through a rainforest to the cave’s entrance area. 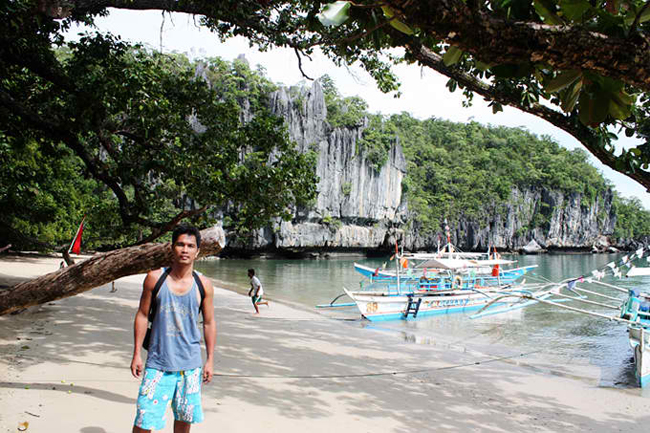 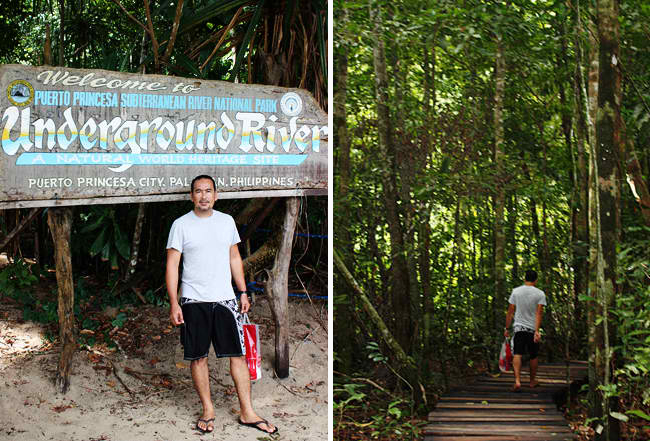 Before we entered, our boatman-guide assigned one of us to be the “lightman,” who would basically be responsible for holding the spotlight which will serve as our light during the tour. 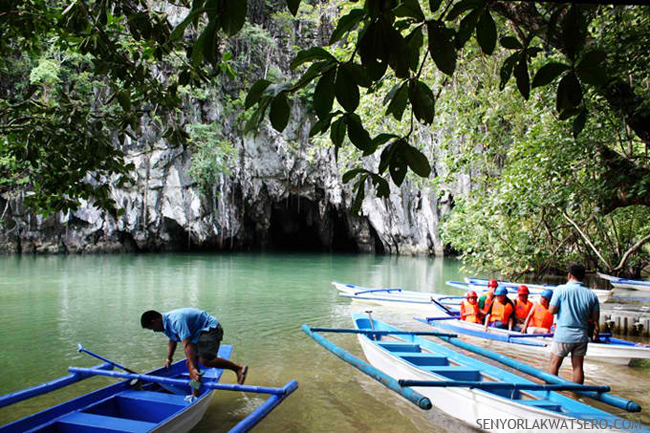 As our boatman-guide paddled inside the cave, he was telling us a little bit of history and some facts about the underground river, injecting humor every now and then. I giggled when he warned us not to open our mouth when looking up for we might end up tasting “not the holy water, but a holy shit.” There were bats hanging in the ceiling. 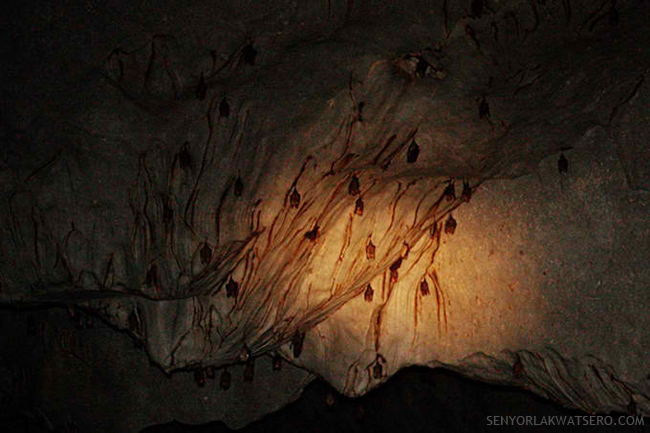 Instructing our lightman to point the light to several rock formations, our boatman-guide made us see how certain rock formations resembled religious, vegetables and meat carvings. There were rock formations that looked like a burning candle, cucumbers and mushrooms, and chicken breast. “What a rock resembles would really depend on our own imagination,” he said. 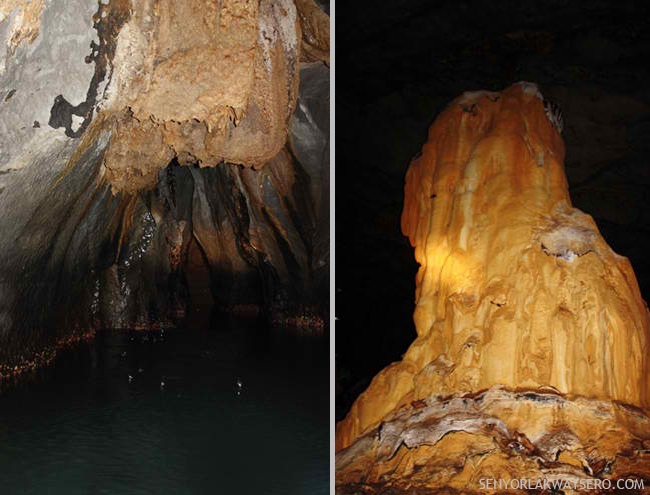 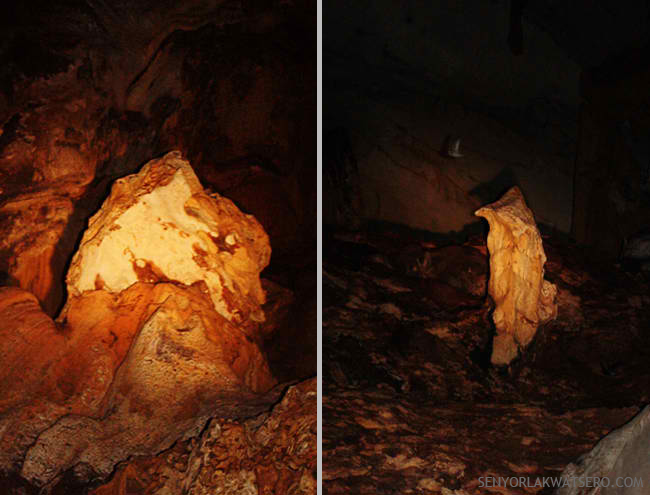 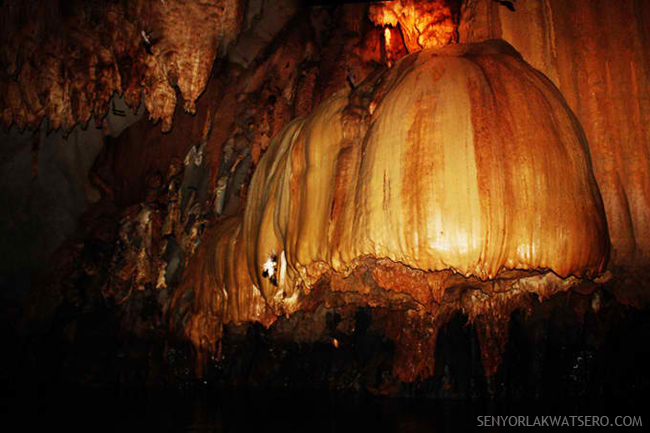 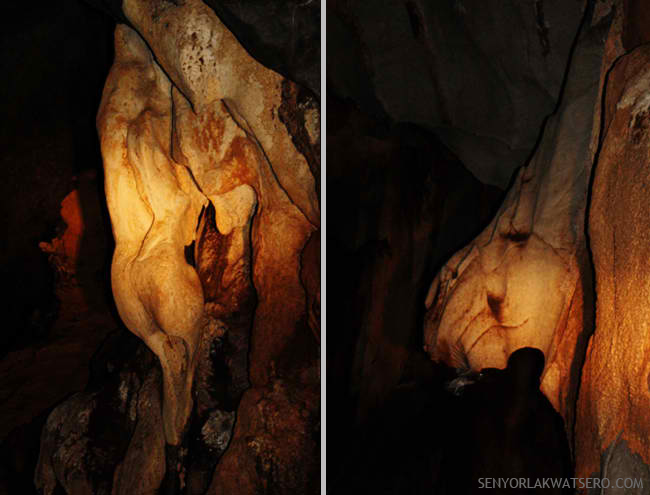 There were so many things to see inside. It seemed like we were in a gallery, with nature as the artist, showcasing its masterpieces. And appreciating these wonderful works of art, on a paddled boat, inside a cave, on an 8.2km underground river, was definitely a one-of-a-kind experience. 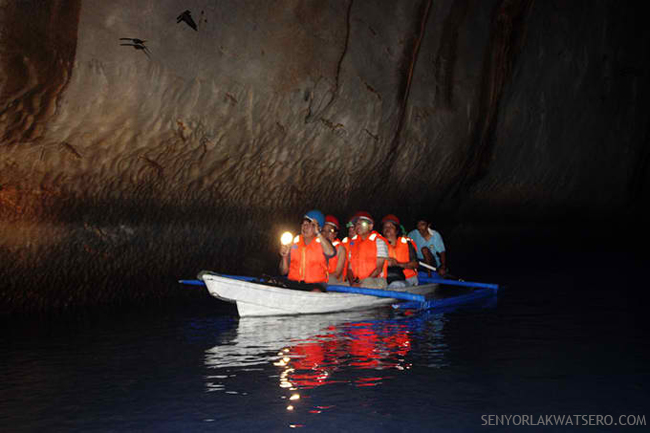 The tour lasted for about 45 minutes which covered only about 1.5 kilometers of the Underground River, otherwise known as Puerto Princesa’s Subterranean River. With a length of 8.2 kilometers, it is reputed to be the “longest navigable underground river in the world.” Currently, it is one of the 28 finalists for the 7 Wonders of the World. 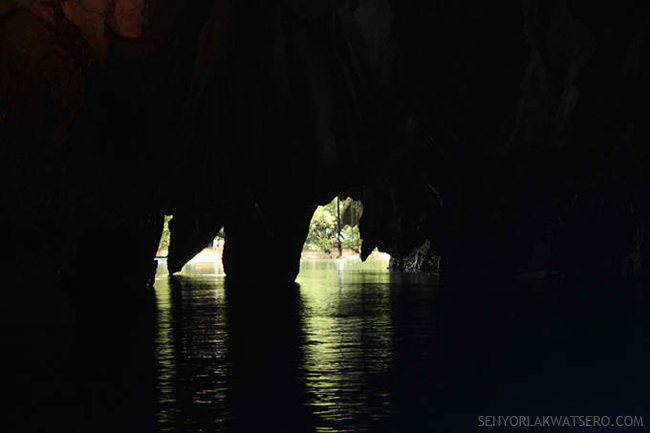 From the city, hire a tricycle to take you to San Jose Central Terminal. Standard fare is P30.00.

Jeepneys- Earliest trip is at 7am which usually takes approximately 2 hours.The last trip is scheduled at 2PM. In Sabang, the last jeepney leaves for Puerto Princesa at 12 noon. One way fare costs P120.

Van- No regular trips. If you’re lucky, there are vans going to Sabang as early as 6am but this is unreliable. No standard fare either. Cheapest would be at P200 each. Most of the vans are hired for group tours and each costs around P3,500 for the entire day.

Mostly non-airconditioned nipa huts with bamboo floors which cost from P500-700. It has its own bathroom. Very basic accommodation. No hot water. You are provided with an electric fan, a mosquito net and an insect repellant.

There are airconditioned rooms in some of the other resorts but the cheapest room would cost around P2,500.

Very Organized. Once you have secured your permit from the tourist assistance center (permits costs 250 pesos for foreigners and 150 pesos for locals) you will be directed to another area where you would pay for the boat that would take you to a beach where the underground river is located. One doesn’t need to haggle with boatmen for a cheaper price. The smallest boat can accommodate 6 persons and would cost P700.00.