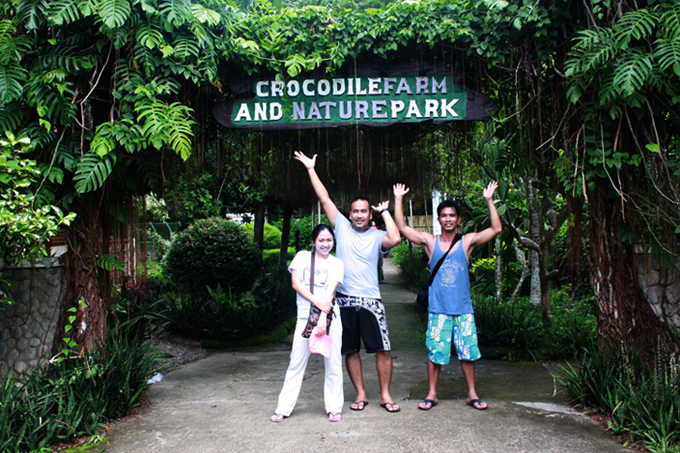 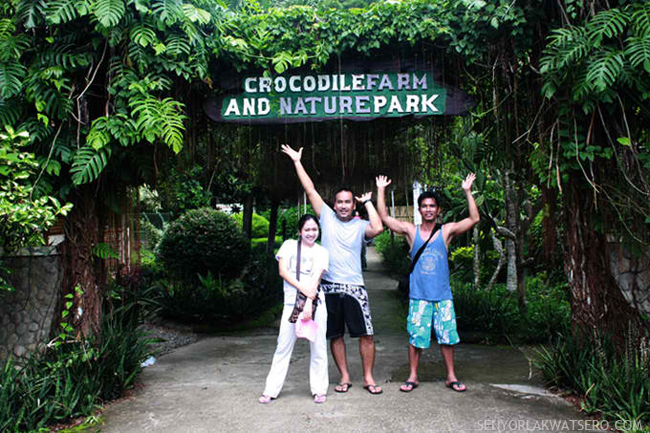 We left our bags at Lui’s family house and immediately hired a tricycle to take us to some of the tourists spots in the city. Lui suggested that we go to Baker’s Hill first. 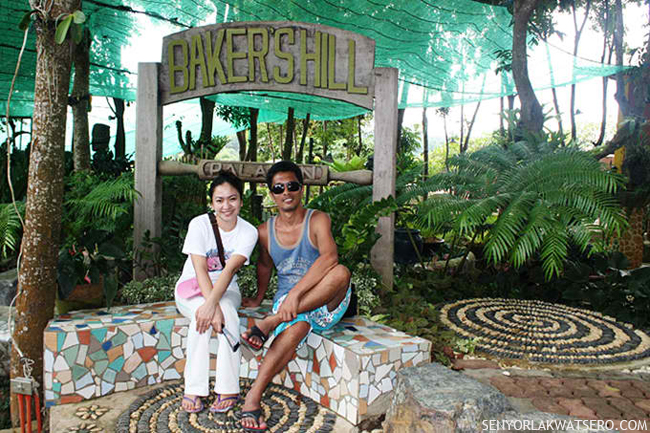 This is actually a theme park situated literally on top of a hill overlooking the entire city of Puerto Princesa. It basically started as a bakery and when it became successful, the owner eventually decided to turn it into a theme park which is open to public. 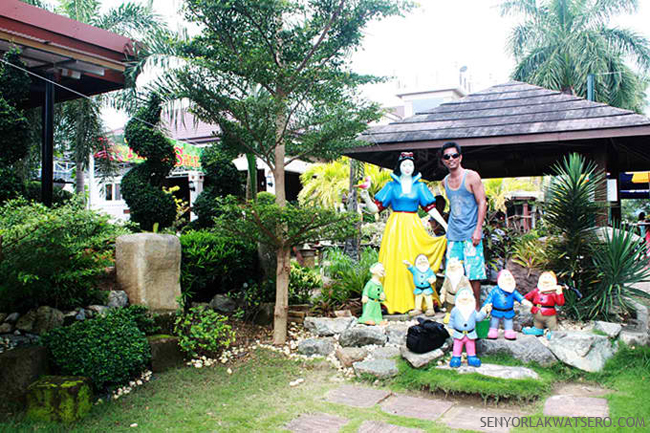 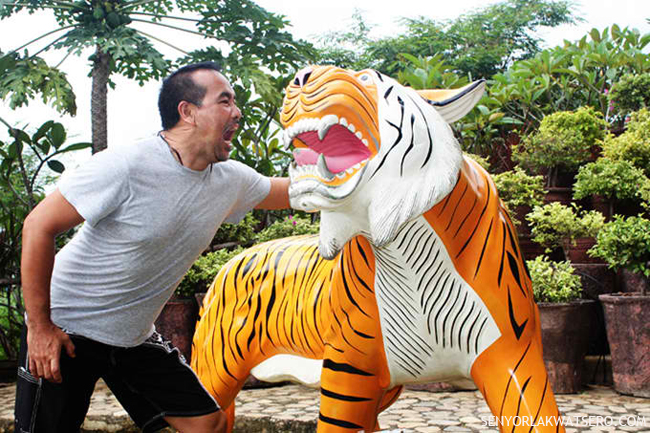 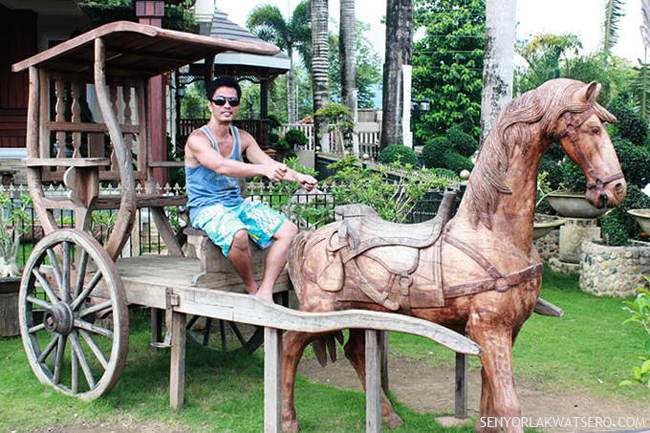 Just a few minutes away from Baker’s Hill was Mitra’s Ranch, owned by the family of Ramon Mitra Jr, prominent politician and a pro-democracy activist in the Philippines. The place also offers a good view of the city. Though, the place was open to public, I believe the house wasn’t, as it was closed when we were there.

I then remembered a blog that mentioned about a bee farm in Puerto Princesa and I suggested that we go there next. It took us another 30minutes to get there from Mitra’s Ranch. On our way, it started to rain, and we were not aware that the road leading to the bee farm was under construction during that time. This made the trip quite difficult.

When we got there, we were immediately greeted by one of the employees and asked us to register. She then started telling us some information on how the farm started, which eventually turned into a lecture on bees. This made us felt like we were a part of a group of school kids on an educational tour. We did not expect this. I tried to be nice by pretending to be very interested on the subject, but several times during the ‘lecture,’ my companions were giggling and I had to discretely ask them to stop as it was rather rude, but at the same time trying really hard to keep myself from lauging too. The office was inside a small bungalow house and the bees were just in a small area in the backyard. Not exactly what we expected. Oh well, we had a free taste of the different types of honey available for sale, so that should be good enough. 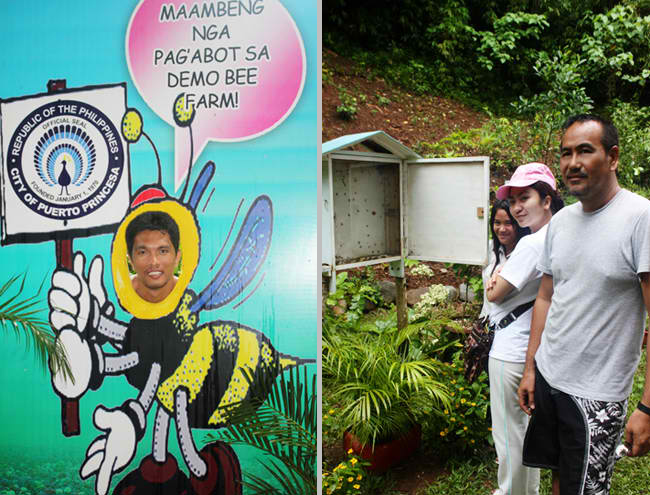 On our way back to the city, we passed by the Crocodile Farm. I am not really fond of crocodiles, but since we were already there, I thought it would be nice to take a look of what’s inside. 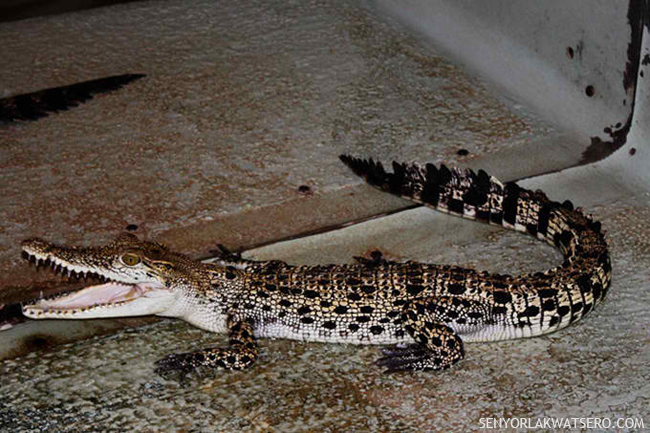 It was another educational for us. We were taken into the hatchery where we were able to see baby crocodiles and then proceeded to a den where the bigger crocodiles were being kept. Crocodile farm also features other animals that are found in Palawan. 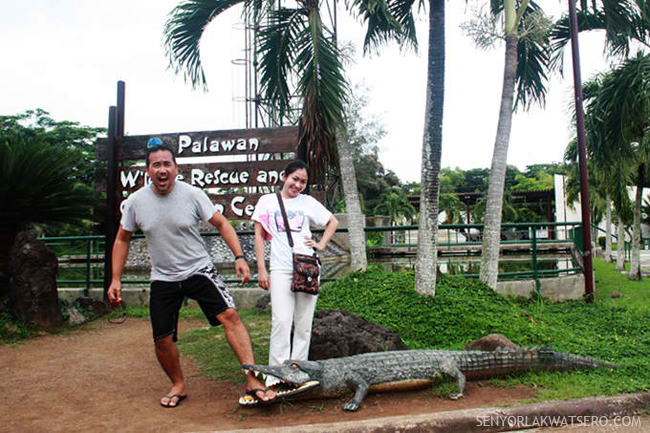 There were other destinations that we would have wanted to visit too like the Butterfly Garden and Iwahig River, good place to watch fireflies, but we were already tired so we asked the driver to just take us to the public market so we could buy something to cook for dinner. We had seafood that night.

One thought on “Rambling Around Puerto Princesa City”