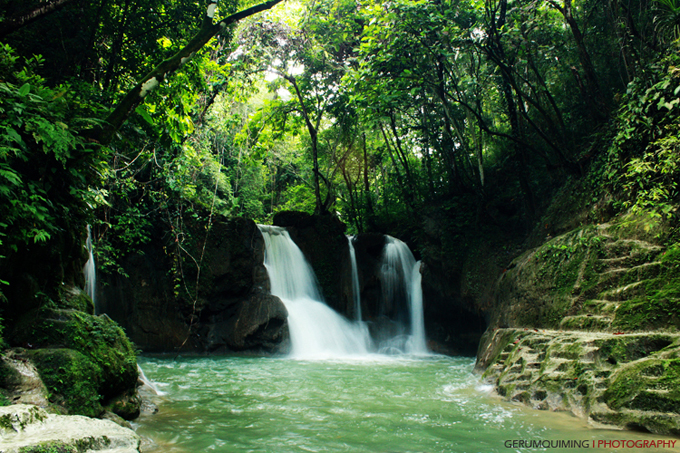 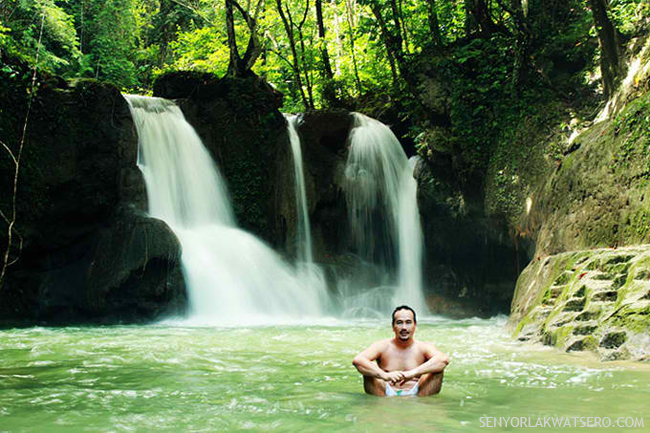 I must say planning for a Bohol DIY itineray was a bit of a challenge. I spent days searching for travel tips all over the internet and yet even up to the time we landed at Tagbilaran Airport, we still didn’t have a solid plan for this trip. Bohol offers a lot of tourist destinations and some spots would take hours to reach and are in opposite directions. Travel time was something we had to consider.

At the Tagbilaran airport, we hired a tricycle and asked the driver to take us to the city so we could check out some of the budget hotel accommodations I had on my list. We decided to stay at East Cost Tourist Inn. Though the standard rooms were small, they were all air-conditioned and clean with a TV set and a bathroom inside, and the staff were very friendly. I felt very comfortable during my stay here.

After we checked in, we decided to visit some of the tourist spots nearby. As we were asking for directions from the receptionist, a tricycle driver came in. It turned out that he is a friend of the hotel staff. He offered to take us on a day tour. He initially gave us a price of P1000.00 for the whole day, but we haggled for P800.00 and he agreed.

We first went to the Blood Compact Site made in honor of a very important event in the Philippine history when Miguel Lopez de Legazpi of Spain and Rajah Sikatuna of Bohol sealed their friendship through a blood compact wherein both draw two or three drops of blood from their arms, mixed the blood with the wine and equally drank from the cup. This Sikatuna-Legaspi blood compact is considered as the First Treaty of Friendship between two different races, religions, cultures and civilizations. 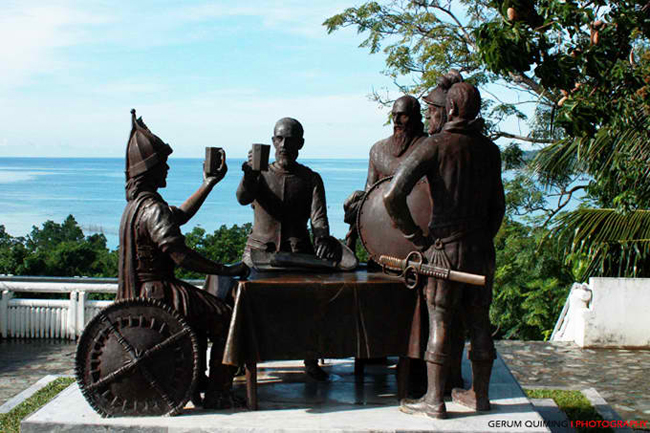 A few minutes away is the Baclayon Church which was established in the 16th century. According to history, some 200 natives were utilized under forced labor to build the church. The walls were made from coral stones taken from the sea, cut into blocks and piled on top of the other using bamboo as rigging and a million egg whites as cementing material. 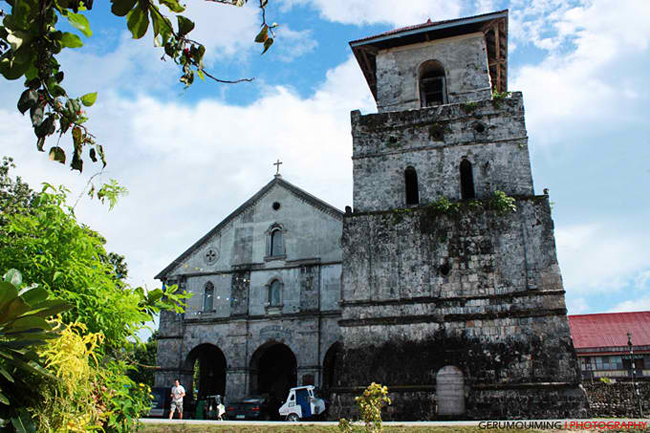 It is required that one wears a decent clothes when entering the church, especially the ladies, otherwise you’ll be approched by some lady parishioners who have ready garments to cover you before you enter. This is of course accompanied by a lecture on decency 🙂 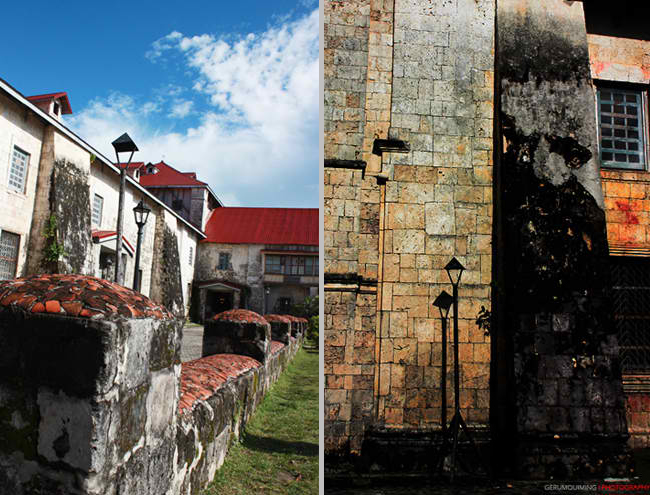 We then made our way to see the biggest phyton in Bohol. The owners named it “Prony.” According to it’s facebook page, (yes, it has an FB page), it was discovered in 1996 and was measured 5 feet long and weighed 5kgs. As of 2008, it weighed 250 kgs, measured 26 feet long with a circumference of 30 inches. Currently, it is being fed with pigs and goats. There were also other animals and birds that are being kept in the area. 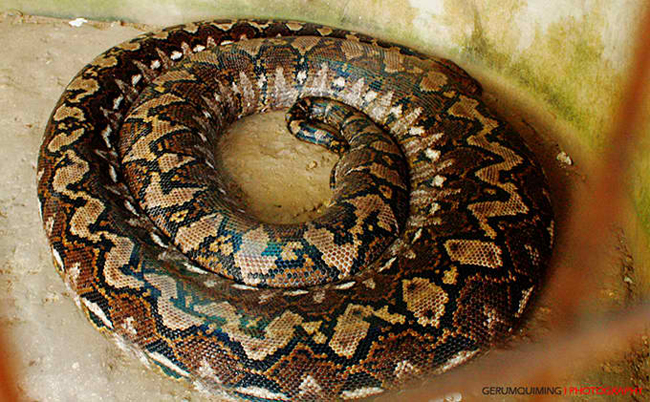 Our next stop was the Loboc River, but we arrived there very early (around 9:30AM) and were told that the river cruise would begin at 10:30AM. Some places where tarsiers are being kept in captivity ( legally of course, with the necessary environmental certicates) were just nearby so we told our tricycle to take us there while we wait for the cruise to start. Initially, I wanted to go to the Tarsier Preservation Center in Canapnapan, Corella but was told by our driver that sightings of tarsiers along the nature trail are fairly rare. The tarsier is Philippines smallest primate. They looked so cute and they appeared like small ET’s to me, I wanted to hold one and place it on my palm but that was not allowed. 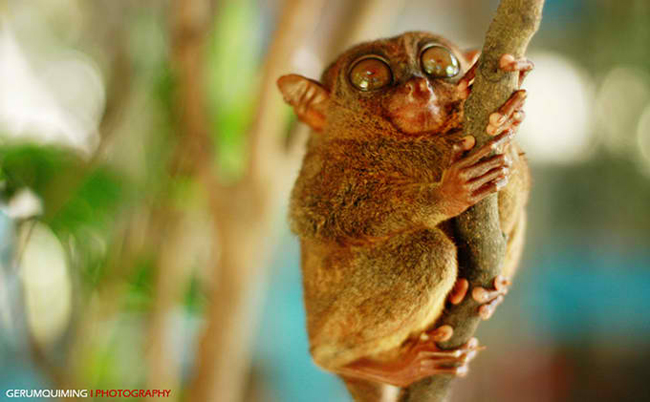 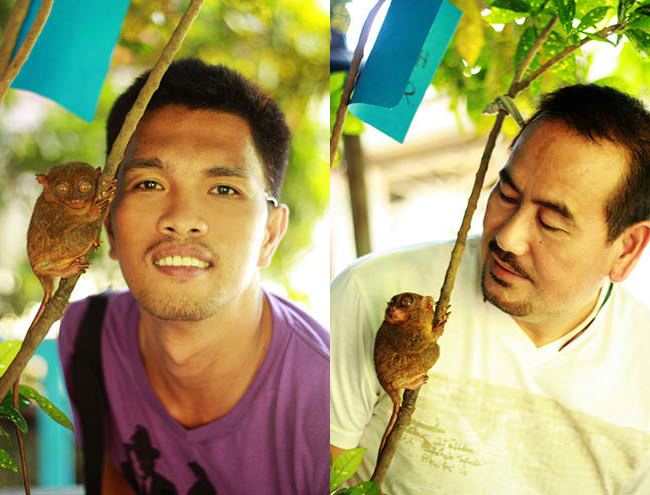 On our way back to the Loboc River, we passed by Loboc Church, home to internationally acclaimed Loboc Children’s Choir. It would have been heavenly to hear them sing, but the church was already closed when we got there. 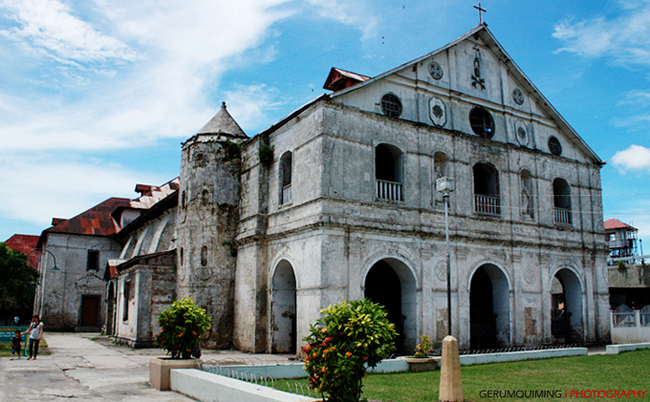 At 11:00PM, we were back at Loboc River. The cruise was about to start. After registering and paying for the fees (P450.00) which included a buffet lunch, we joined other tourists on the boat. The crew assisted us to our tables and told us that the buffet table was ready. The food was mediocre, though. There are other operators in the area and it might have better if we checked or asked what they would serve for lunch before registering in any of them.

When most of the tourists were finished with lunch, our boat took off. There was a band on board entertaining us with mostly popular jazz and blues style music. The cruise took approximately an hour and was a very relaxing experience. Considering the scenery and entertainment, plus food included, the Loboc River Cruise absolutely is a “must-do” when visiting Bohol. 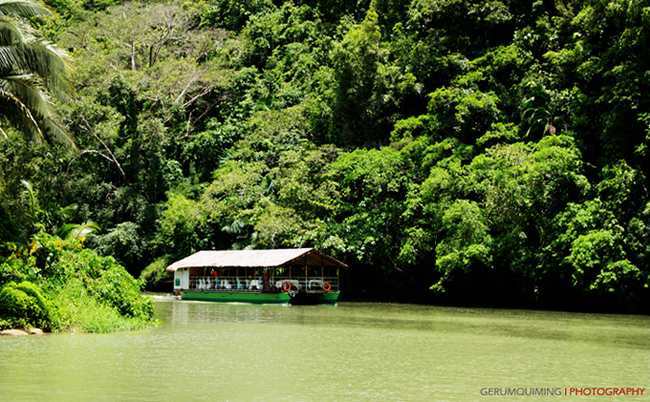 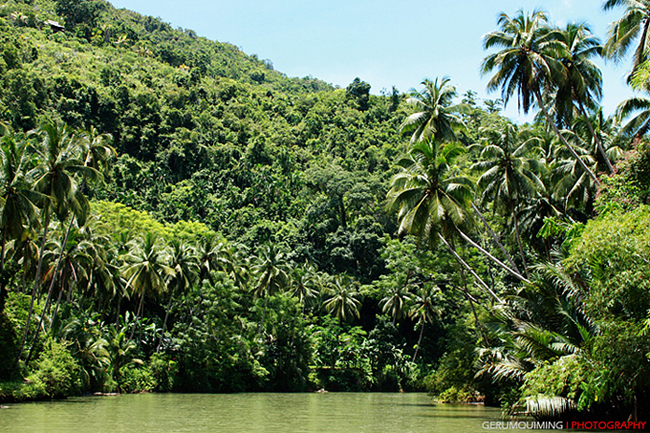 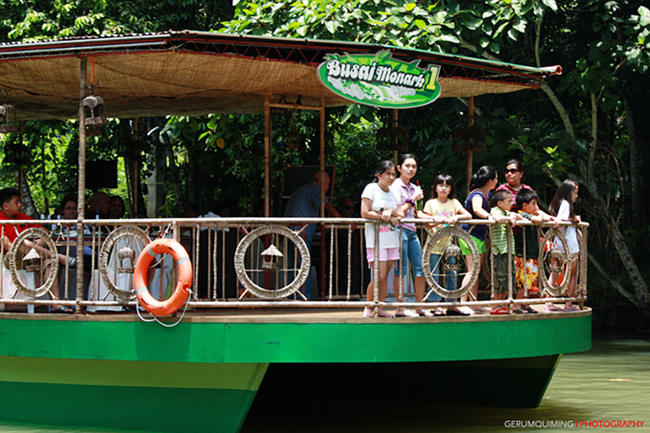 After the cruise, we told the driver we wanted to go to Mag-aso Falls. Located in the heart of Antequera, Bohol, it took us around 30 minutes to get there from Loboc. The Mag-aso Falls is a twin falls with a height of 25 feet. There is a stairway that provides easy access. Bathing in its clear and cool waters is definitely very refreshing, but we had to be careful as there might be a sudden surge of water. There were already reported incidents of drowning in the area. 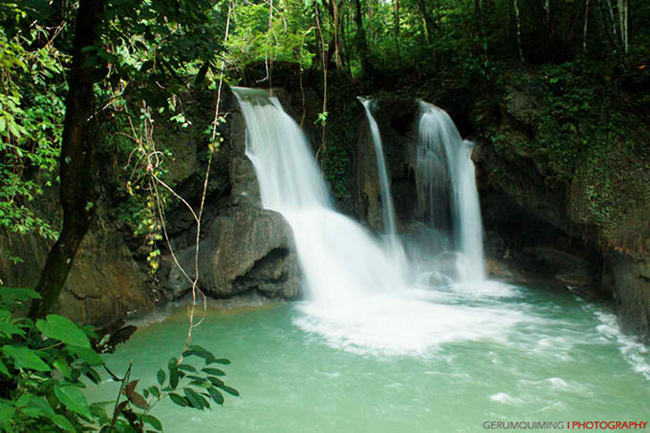 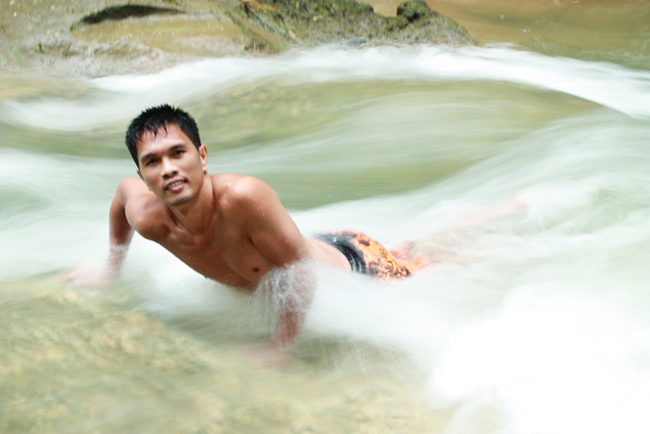 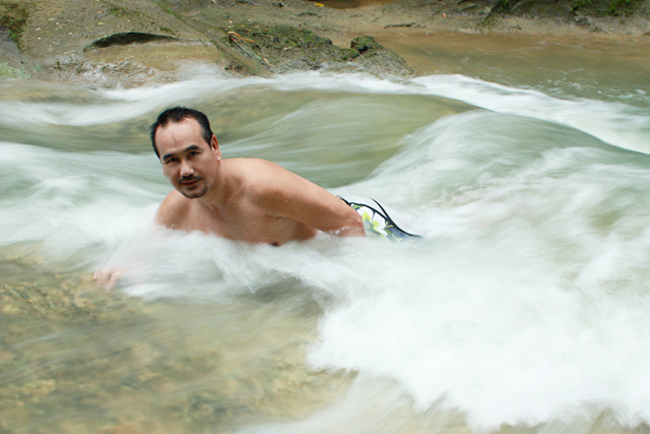 It might also good to note that from Tagbilaran city, the province capital, there are buses and jeepneys that ply the Tagbilaran-Antequera route. In Antequera, tricycles and motorcycles are available to bring tourists near the falls.

At 5:00PM, we asked the driver to take us back to the hotel. On the way, we negotitiated for tomorrow’s tour which would take us to other tourist spots in Bohol.

After a half-hour rest, we decided to explore Tagbilaran City. We checked out some of the malls in the city. There were also lanzones from Camiguin being sold in the street and and it was so cheap (P50.00 a kilo) I ended up buying 2 kilos which I brought to the beach the next day. We had dinner at Balay Inato that night.

7 Days in Palawan: My Itinerary and Travel Expenses