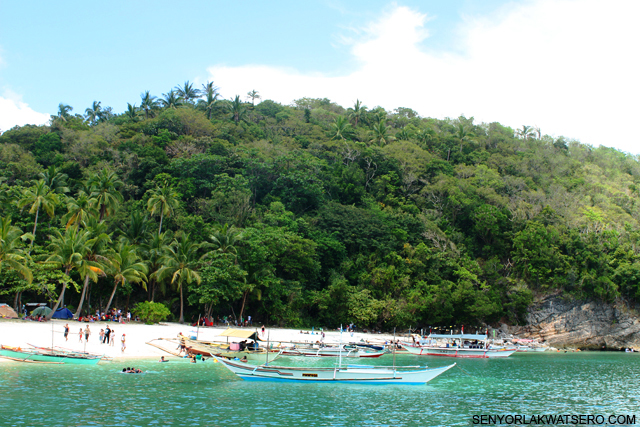 Eversince I started blogging about my trips, I’ve never really had a chance to travel alone. My friends would always find out about my travel plans, and one or two, and sometimes even a group would express interest in joining me. Well, I must admit I’m partly to blame. Sometimes, I get too excited about my upcoming trips, I always end up posting the details in my facebook travel page. It’s not that I don’t appreciate people joining me, though. As I matter of fact, I prefer it than going solo. While it may be true that sometimes it could be quite complicated to be traveling with a group, especially when everyone likes to do different things, it could also be more fun to have someone to share the excitements of the trip with, on top of the added security and cheaper expenses. 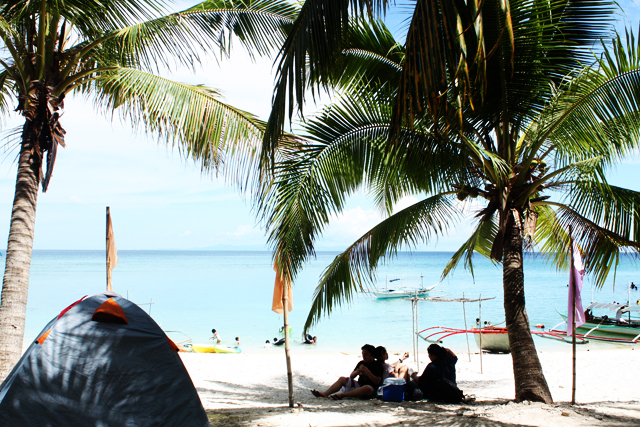 My main reason for going to Quezon is to attend the Pahiyas festival in Lucban. I have some friends who would be going there too, but a visit to Puting Buhangin in Pagbilao wasn’t part of their plan. So with nobody available to go with me, I decided to go solo this time. It’s been years since the last time I travelled alone. And as I thought more about the idea of wandering alone again, I felt the excitement grew within me at the same time. 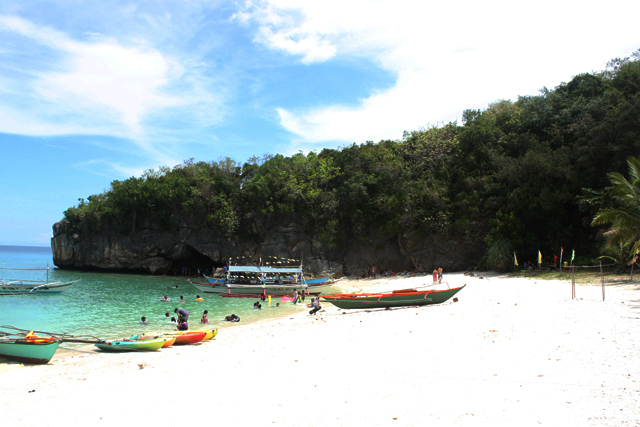 It was almost 7am when I got to JAC Liner bus station in Buendia. I initially planned to leave earlier but I forgot to set the alarm and I overslept. The bus that was about to leave was already full, but luckily, they still had one more seat available. Just what I needed. As we were leaving, I heard the bus conductor announced “Our code is JACLINER****” I had no idea what the meant until the passenger next to me brought out her laptop. I couldn’t stop myself from peeking and saw her access her facebook account. The bus was equipped with Wi-fi Internet access?! If only I knew. I should have brought mine. It would take approximately 3 hours to get to Lucena City from Buendia and being able to go online during the whole trip would have made the ride more enjoyable. 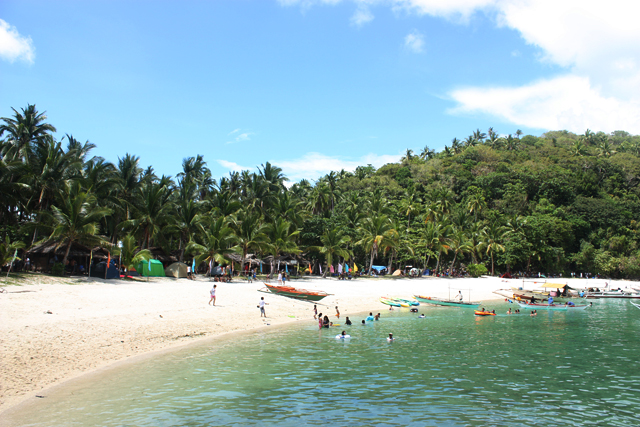 The bus arrived at Lucena Grand Terminal at 10:15AM. I immediately looked around for the jeep that would bring me to Pagbilao market where I would take another jeepney ride to Barangay Polo. The jeep bound to Barangay Polo already looked full when I got there. I went inside and tried to squeeze myself in a little space in-between two passengers which made the ohers moved closer to each other to give me more space. That’s how we do it when riding a jeep in the Philippines. More often than not, there would always be a space for one more sore butt. 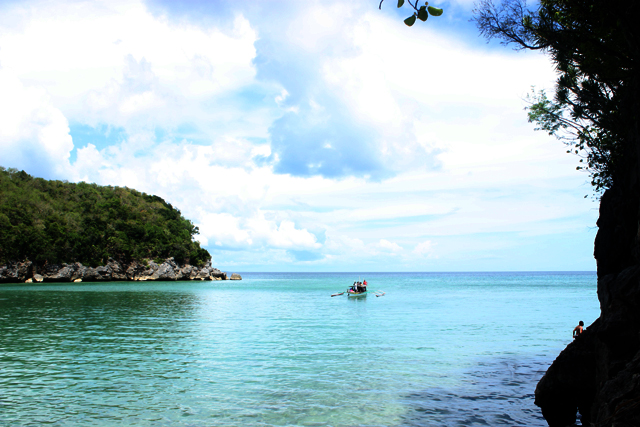 It was almost 11AM when I arrived at Lumang Checkpoint (old checkpoint,) the jump off point to the beach I found out that most of the local residents in barangay Polo refer to the beach as Kwebang Lampas. Earlier, when I asked a young lady who was sitting beside me where I could take a trycicle ride to Puting Buhangin beach, she looked as if she had never heard of the beach. As a matter of fact, all of the passengers had no idea what I was talking about. Good thing someone mentioned that I must be talking about Kwebang Lampas as it is the only white beach nearest to the area. I said yes, and the lady said that they would also be stopping where I could find a tricycle going to the beach so I went with them. From the old checkpoint, I rode a tricycle to get to the parking lot where I took a 3-minute boat ride crossing a small lake to get to the other side. I was told that the land access had been closed by the Powerplant management. 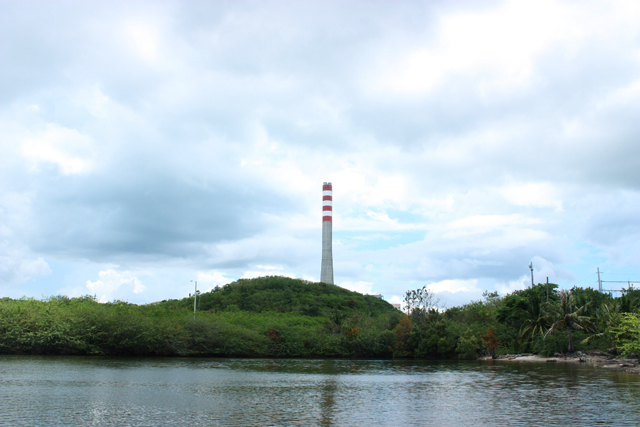 After crossing the lake, I trekked for about 5 minutes until I reached the entrance. The gate was closed and I had to ask for help from the other visitors to tell the caretakers to open it. After paying the entrance fee, I went to the beach immediately. 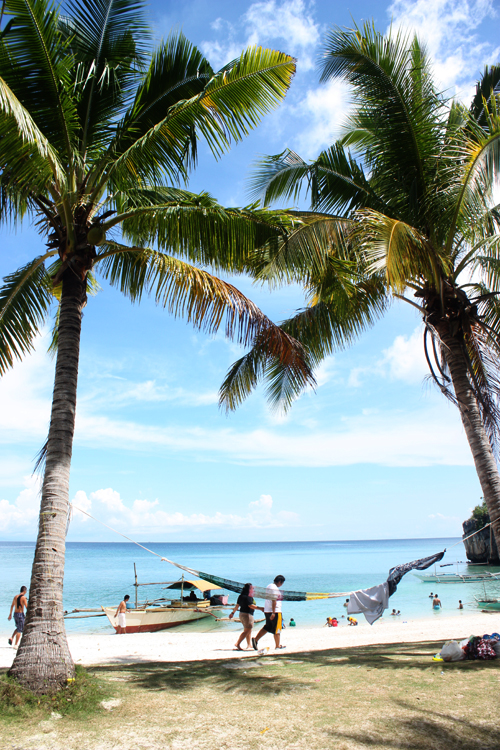 The beach was crowded and there were several boats parked near the shore. Puting Buhangin (White Sand) beach is about 70 meters long and 10 meters wide. Some areas has fine white sand, other parts have a combination of some fine sand and crushed corals so it could be a little rough. The water is clear and clean and deep enough for the swimming enthusiasts. There are several nipa hut cottages near the beach which are available for rent for about P500.00 but according to the caretakers, overnight stay is still not allowed. 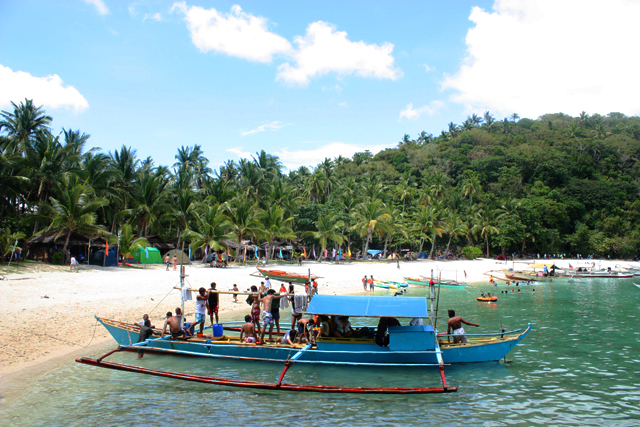 Facing the water, Kwebang Lampas is on the right side of the beach. It’s a small cave about 10 meters long and 5 meters wide with a cavern of approximately 6 meters high. It has two openings, one is located on the left side of the cliff, the best access from Puting Buhangin beach, and the other one is facing the sea. The water flows inside the cave which becomes a perfect swimming area for those who want to stay long in the water but are afraid of the sun. 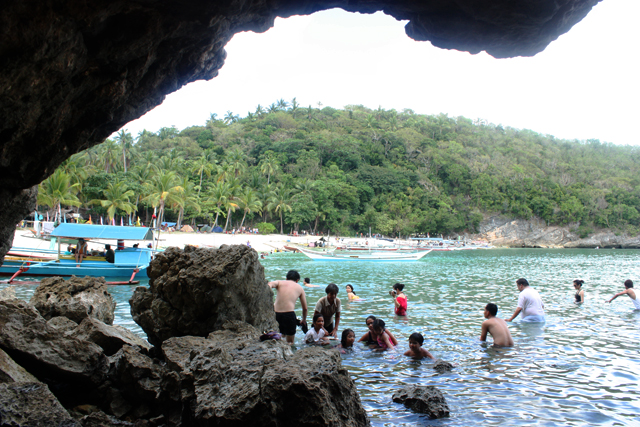 I climbed the cliff near the entrance of the cave and found a perfect spot to sit and enjoy the view. I just stayed there taking pictures and watching the other visitors having fun at the beach. I would have wanted to swim but I was afraid to leave my backpack and camera behind. After an hour, I decided to go back to the beach. On my way, I met one guy who seemed to be nice and I politely asked him to take a picture of me using my camera. By 2PM I finally left Puting Buhangin and went back to the parking lot where the tricycle driver was waiting to take me to where the jeeps going to SM Lucena were parked. I was on my way to meet my friends in Lucban. 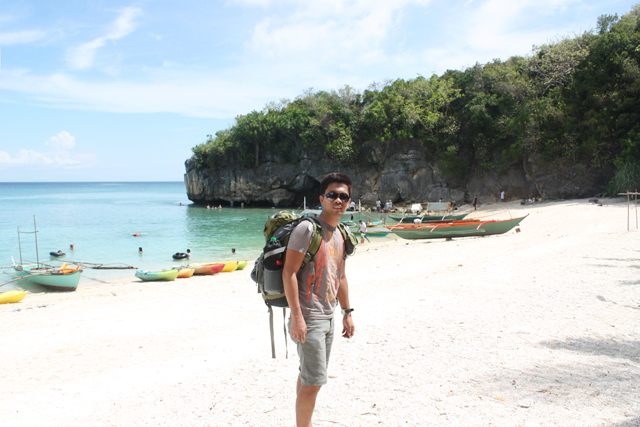 Below is the information on how to get to Puting Buhangin from Manila. I have also included the way to Lucban from Pagbilao’s Puting Buhangin starting at Barangay Polo plus the fares. I hope this helps 🙂 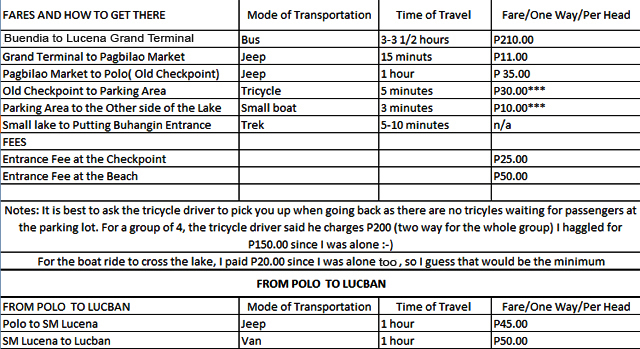 To the North, To The North: The Road Trip To Ilocos Continues

Pahiyas Festival: A Celebration of Blessings and Solidarity