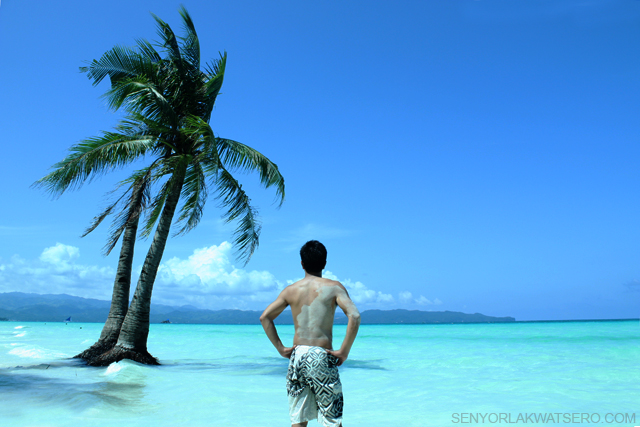 Boracay was not in my list of places to visit this year. Prior to my most recent visit, I had been to the island twice in the past. The first time was in 2003 with a few friends, and the second was in 2007 during a trip I organized for my team at work. And though I really enjoyed both my previous visits to the most popular beach in the Philippines, I prefer to go to other places or destinations that I have never been before. 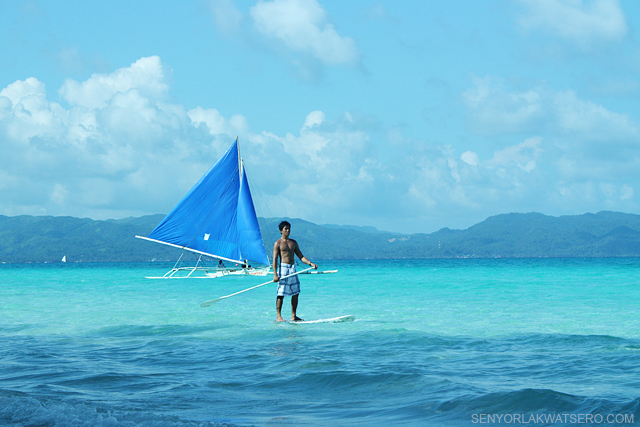 This year’s trip to Boracay was really unexpected. I was reading status messages in Facebook one night when I came across Airphil’s announcement of a promo fare in their facebook page. I immediately went to their website and later found myself booking for a flight to Caticlan. I couldn’t help it. The round trip ticket which cost less than P2000.00 only was too cheap to resist. 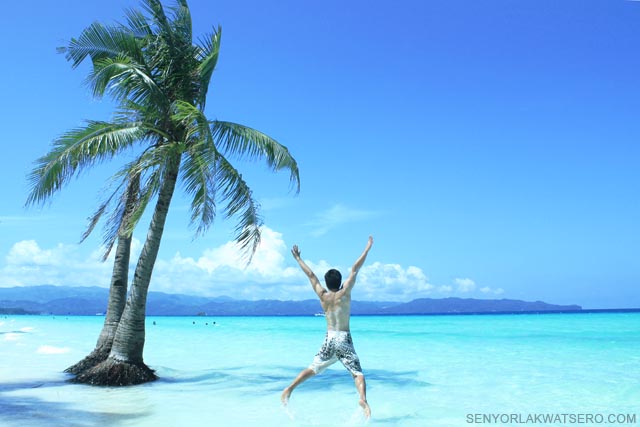 The trip was on the month of July, which is considered to be the lean season for travel in the Philippines. But I was surprised by the vast number of tourists, mostly Koreans and Caucasians, when I got there. Looking at the visitors constantly walking back and forth at the beach, taking pictures, showing off their beach outfits and attractive bodies, some were lying on the white powdery sand sunbathing, while others were having a whole lot of fun with the various watersports activities in the island, there was no doubt, although it rained twice in the early morning during my visit, it was still summer in Boracay! Glee’s” lead star Lea Michele might have had a picture of Boracay in mind when she told Charice Pempengco’s character, Sunshine Corazon in one of their episodes, “You’re from the Philippines where it’s sunny everyday.” to which Sunshine replied, “ Uhmm, except for the monsoon..” That’s right Lea. It is not sunny everday in the Philippines, but it sure is summer all year round in Boracay! 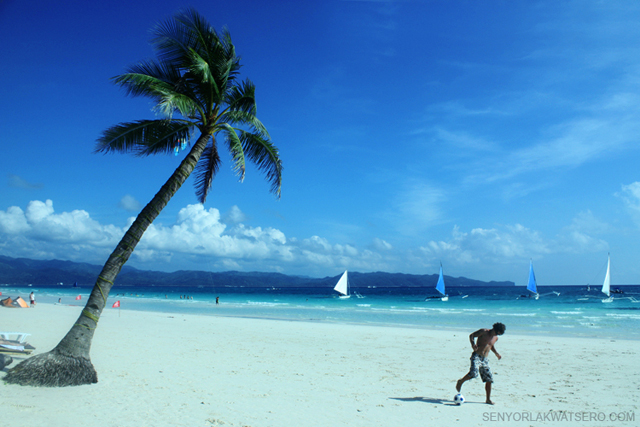 Boracay’s White beach is very well known for its aproximately 4 kilometers long stretch of soft and powdery white sand that is best enjoyed by walking barefoot on the beach anytime of the day since the sand there does not get hot. The beach is most beautiful in the afternoon during low tide when the shore is at its widest. 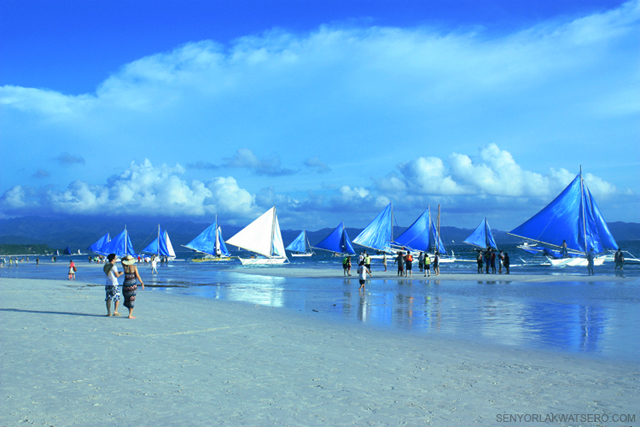 Boracay is a perfect destination for those who want to enjoy an amazing beach without missing all the luxuries of the city. There is a wide variety of accommodation ranging from cheap to luxury. For those who love shopping, there is plenty of shops in D’mall that sell various kinds of merchandise from clothes,accessories, toiletries, slippers, sandals, home decors, among other things that one may need during a vacation. 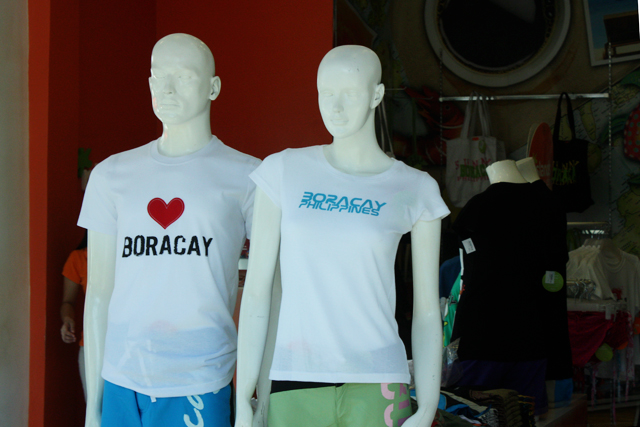 Finding a place to eat should not be a problem as there are a lot of restaurants that offer cuisines of all types and nationalities to local and foreign tourists. On the beach front are places where one can “eat all he/she can,” mostly seafood, for a fee ranging from P280 to P600 or more. Mang Inasal and Andok’s are most popular to the budget travellers especially to the local tourists. 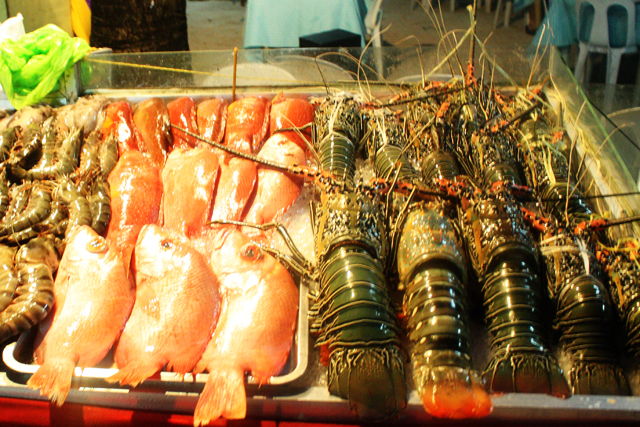 Partygoers would surely love Boracay for it’s night life. There are countless bars and nightclubs that are open as late as 3AM entertaining guests with live band music, firedancing, and the latest hip-hop, RNB and dance music. 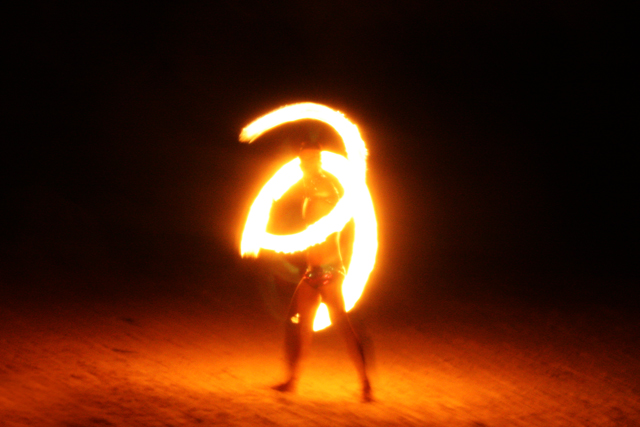 With so many things to offer it’s visitors, it’s no wonder why Boracay still remains in the top as the most popular and most visited beach destination in the Philippines. Despite being in the receiving end of plenty of unfavorable comments in the last few years, as people claim it has become congested and too commercialized, to which I agree to some extent, more and more people are still flocking to Boracay. I left Boracay on a Tuesday morning and still saw a lot of boats full of tourists arriving at Boracay port. That’s right! The beach is very much alive even on weekdays!

So this I say, without a doubt and in full confidence…., Boracay is still, undeniably, the premiere and the ultimate beach destination in the country. 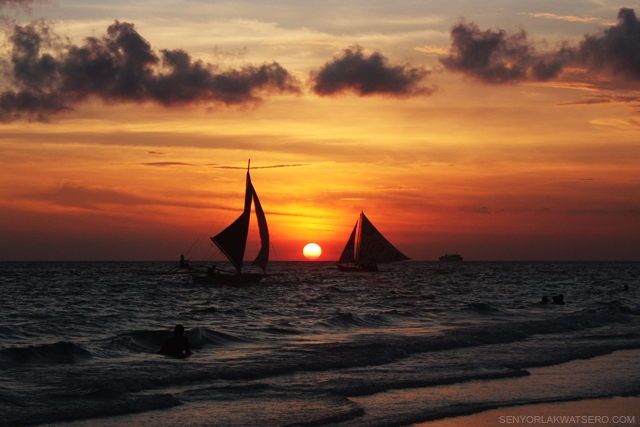 18 thoughts on “Boracay: Still The Ultimate Beach Destination in The Philippines”