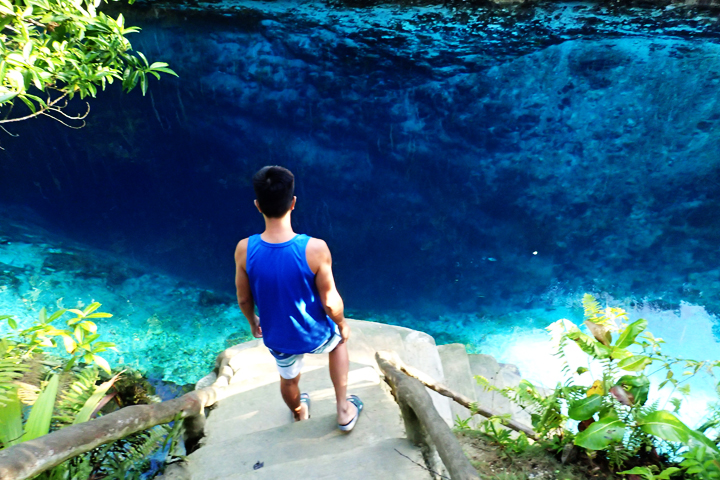 ENCHANTED RIVER, HINATUAN SURIGAO DEL SUR: Not Your Ordinary Travel Destination. To call a place “enchanting “would certainly set high expectations for tourists. For me, enchanting means magical, bewitching, and something that could move me deeply, and rouse me to ecstatic admiration. I was instantly captivated by its pictures in the internet, just like most tourists were. Its crystal clear water with different shades of blue from aquamarine to cobalt blue looks gorgeous and inviting. The images seemed unreal, and I thought, “Can this place really enchant its visitors? Or is this another overrated tourist destination?”


From Hinatuan town center, where we spent the night, we hired a habal habal to take us to the Enchanted River in Barangay Talisay. The road going to the river, while it’s still under construction, is much better than the road going to Tinuy-an Falls. We reached the place in less than an hour. At 7AM in the morning, we were the 2nd group of visitors. Our driver told us that it is open for visitors as early as 6AM. After we paid the entrance fee, we immediately walked towards the main swimming area. There are cemented pathways going down to make it easier and safer for tourists to go near the water.

The place really looked beautiful. There were only a couple of other tourists on the main spot and nobody was swimming on the water yet. It was still very quiet and it was nice to simply stare at the water while the sun rises. We dropped our backpacks nearby and started taking pictures before other tourists would turn up. I could imagine the place to be really crowded when more people would arrive since the main swimming area is rather small.

After a few minutes, we could no longer resist diving into the water. That’s what we came here for, anyway. The water’s temperature was just right. It wasn’t very cold, but certainly refreshing. 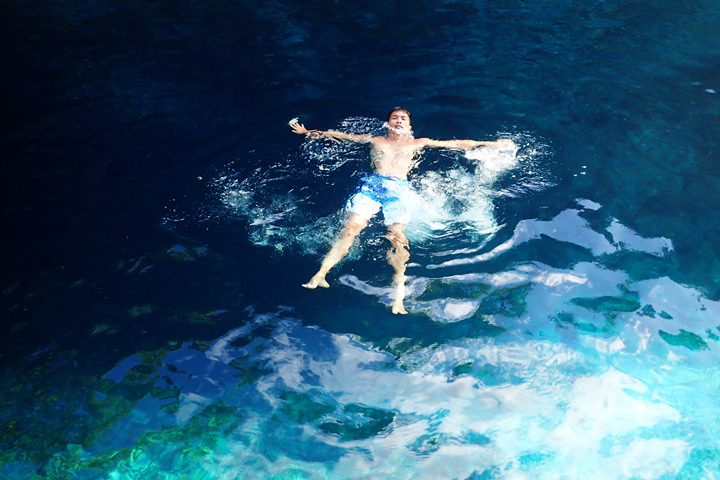 One thing I noticed though was that each time I swim deep into the water, it took me longer than usual to swim back to the surface, which made me realize that I was unknowingly swimming deeper than I thought. Nevertheless, we surely had a great time.


As more and more tourists arrived, we got out of the water and explored the entire area. There are pathways and stairs designed for an eco-tour, which also leads to different spots that are great for picture-taking. 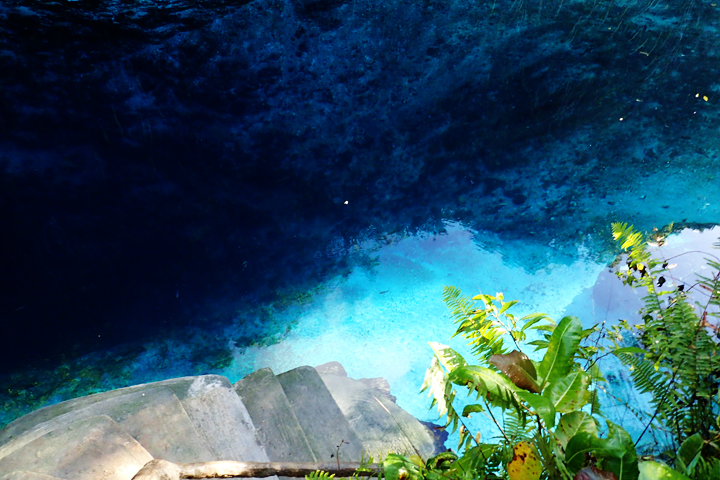 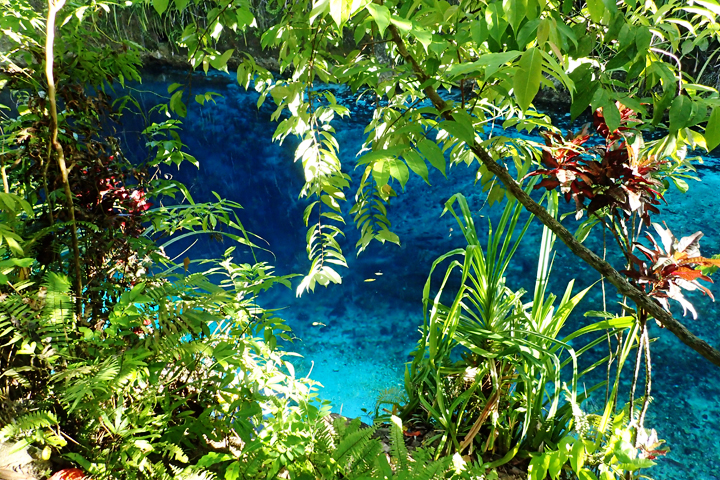 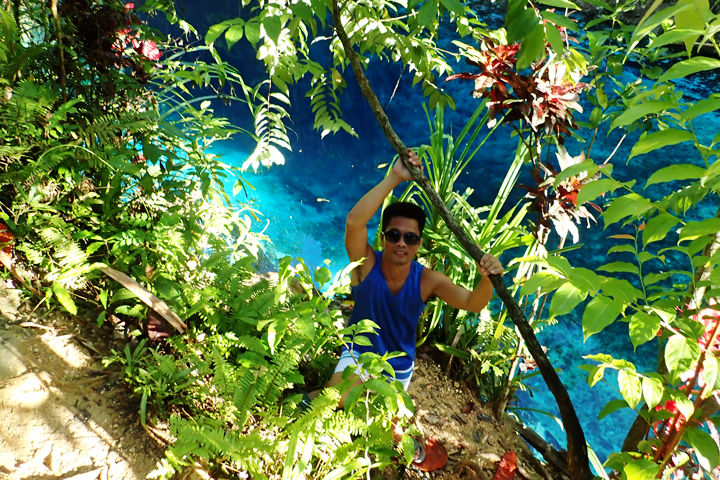 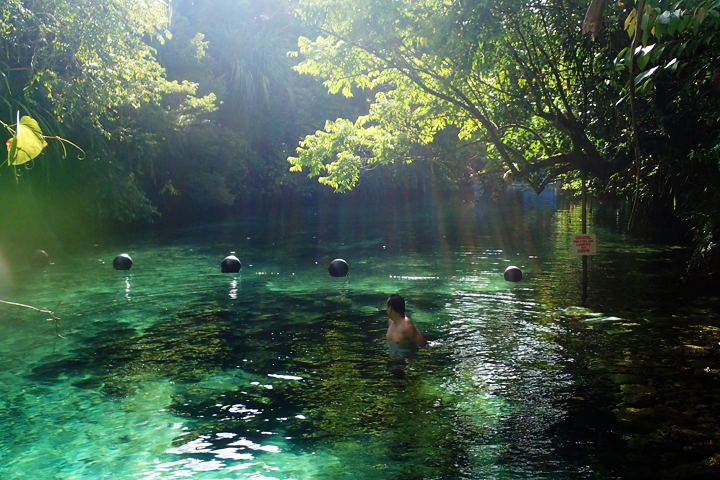 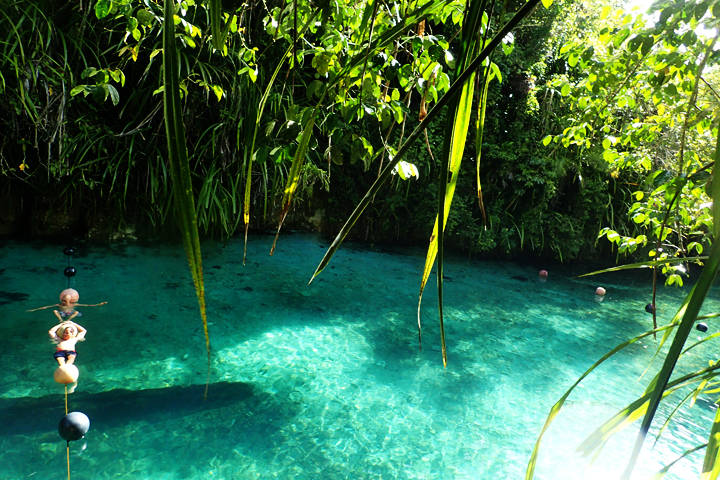 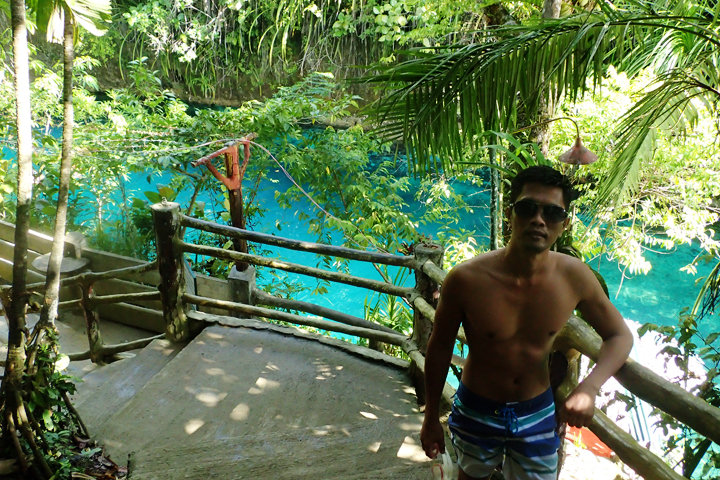 We left the area after more than a couple of hours because we were also scheduled for island hopping at Britania Group of Islands on that same day. Besides, two hours is enough for us to enjoy the entire place. We missed the fish-feeding activity, which normally happens at 12 noon. Tourists say it’s awesome to watch. 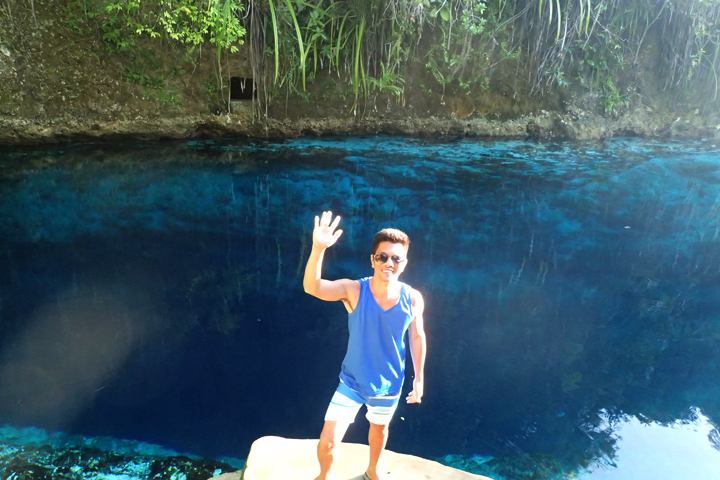 So is it enchanting? With its different shades of blue, unfathomable depth, several cave chambers (some remained unexplored) and the fact that it’s connected to the open sea, it surely is an extraordinary travel destination. It is mysterious and with a little imagination, it could be magical. It’s not difficult to imagine what is told in the local legends – singing mermaids, fairies sprinkling colors on the water, along with other supernatural creatures protecting the area. As they say, beauty lies in the eyes of the beholder, or in this case, on the imagination of the visitor. 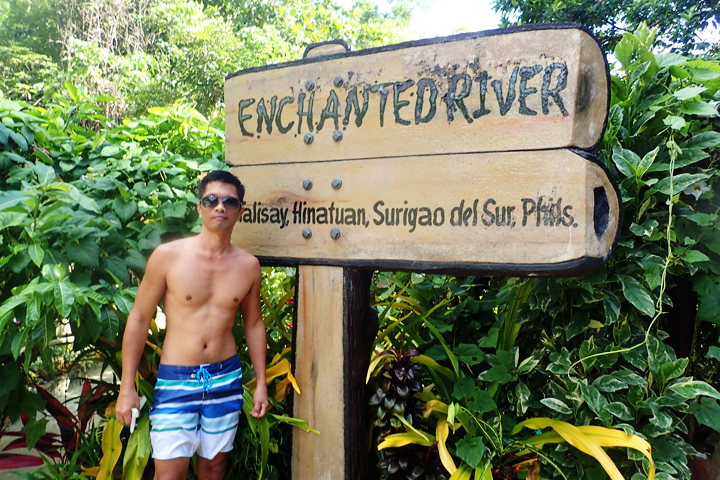