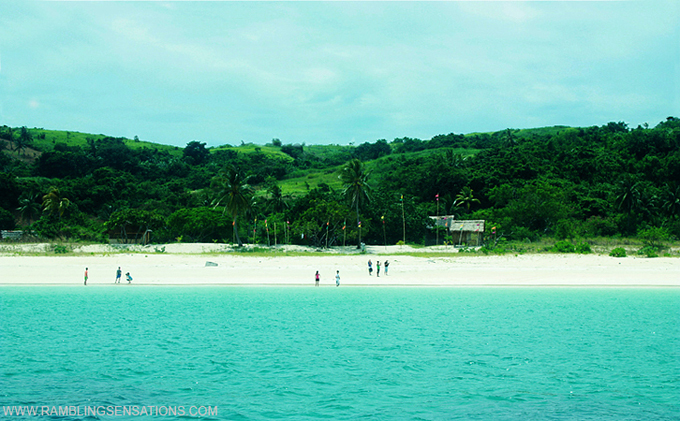 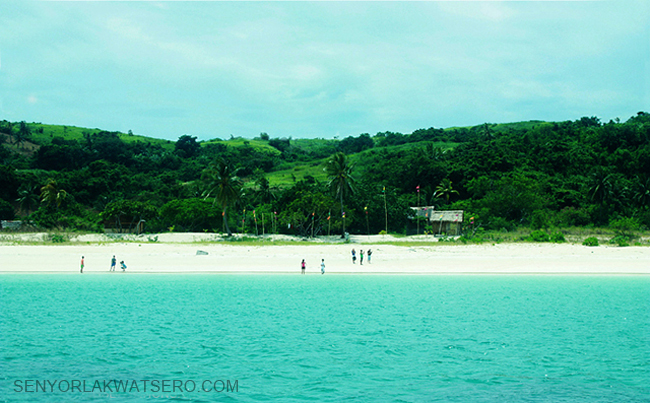 Soon we had our first glimpse of the island. I stood up and moved carefully towards the front of the boat to have a better view. We all got excited, and just after a few minutes, the whole group started to cheer! It was awesome! The sand was of excellent quality! Maybe, not as powdery white as that of Boracay’s but it would certainly not disappoint. And the water was crystal clear! One member of our group later described it perfectly when she said, “parang swimming pool!”(just like the waters in a swimming pool). I couldn’t agree more. Calaguas island exceeded our expectations! 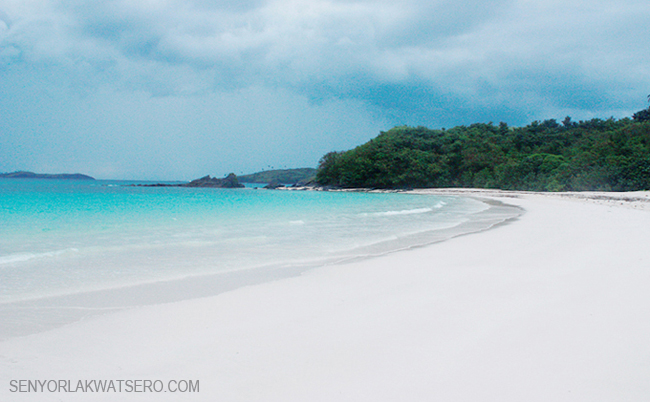 After we set up our camp, we began exploring the island. We spent the whole afternoon swimming, strolling by the beach, lazing around and taking pictures of one another. How else should one spend a day in a beautiful beach like Calaguas? 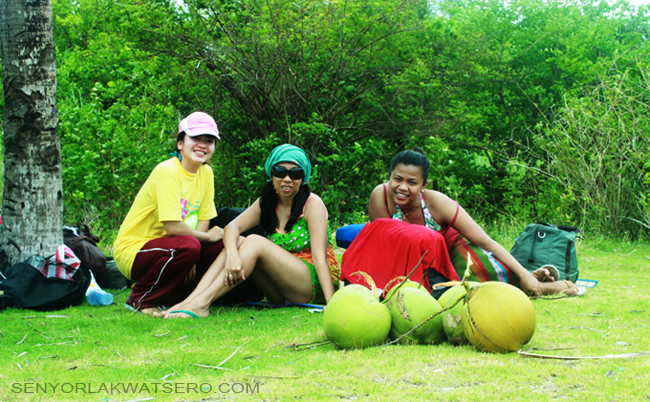 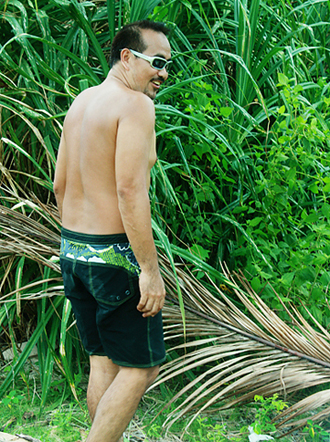 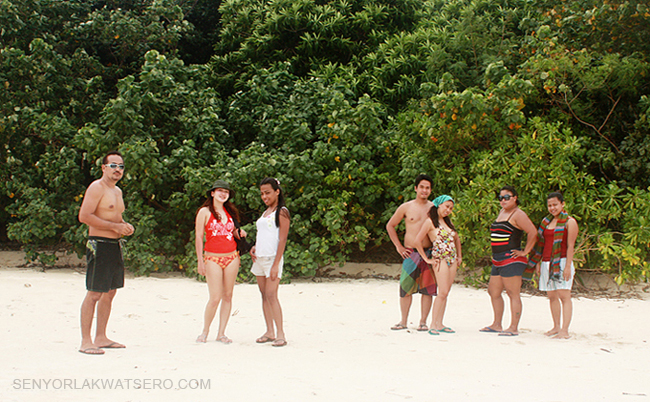 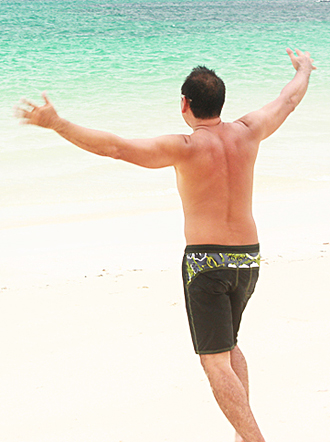 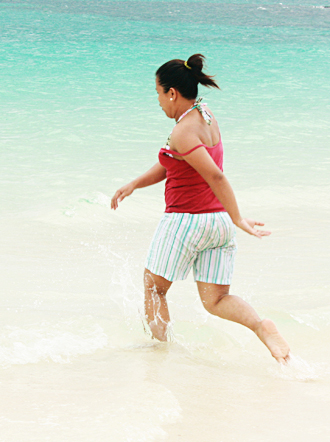 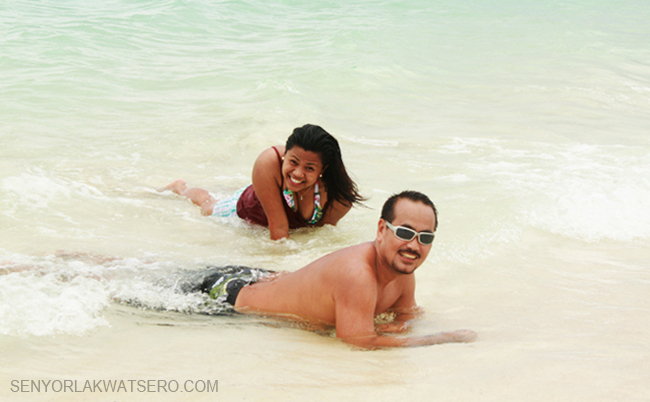 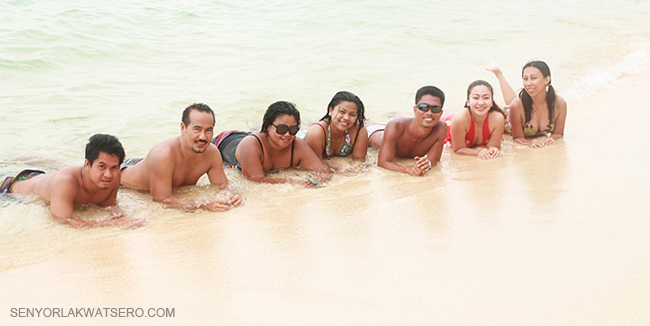 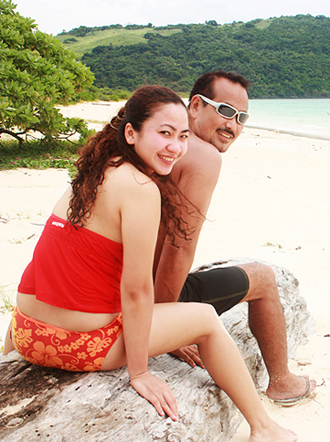 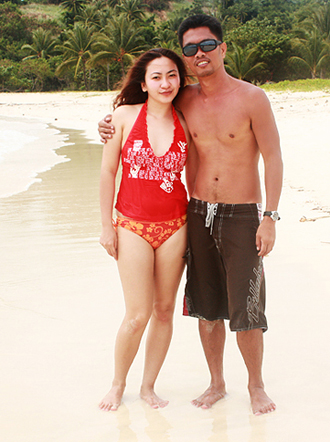 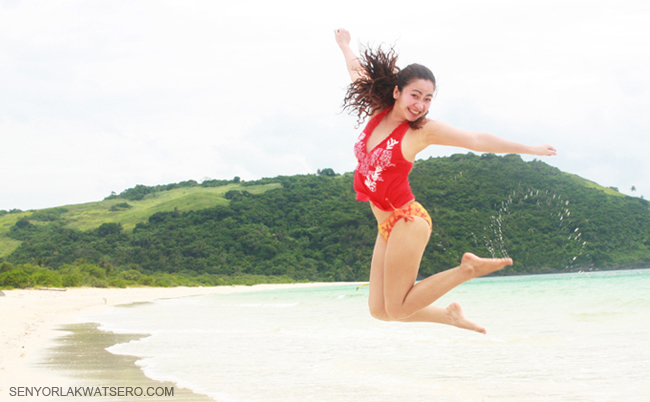 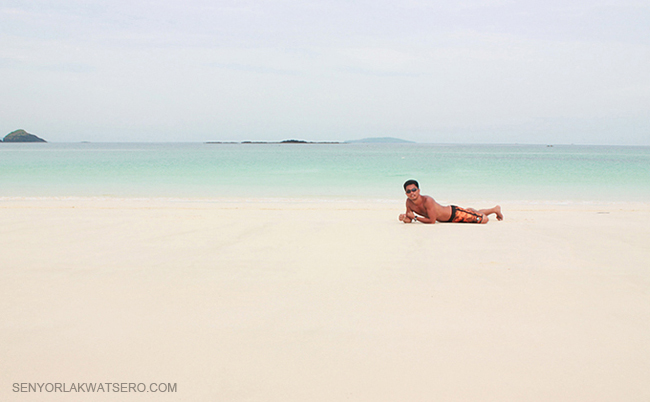 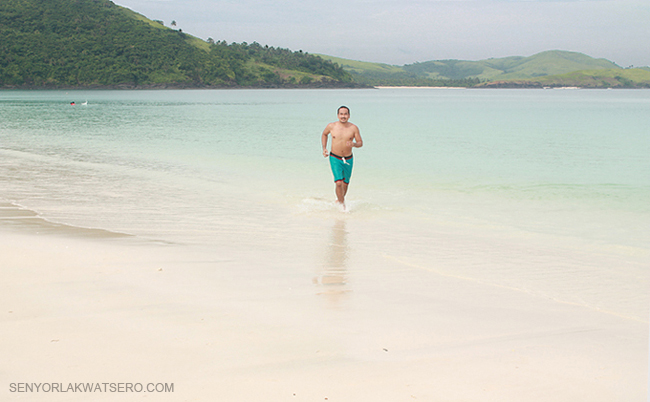 Before sunset, some of us started to prepare dinner while the rest walked to a nearby natural spring to rinse off.

We had bonfire after dinner. 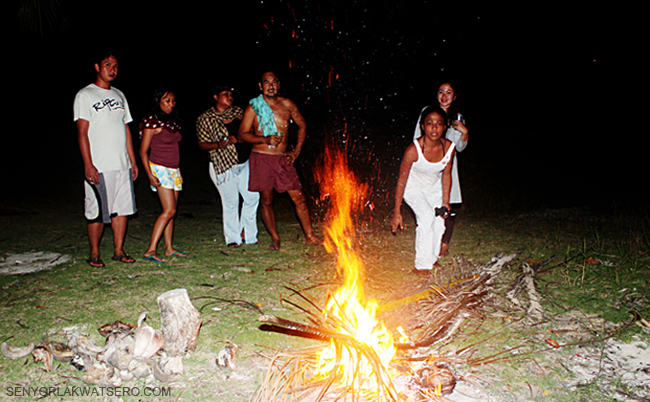 Jim prepared his own version of Mindoro sling (a cocktail drink he learned to mix from Puerto Galera). And after downing two pitchers of it, everyone called it a day.

I woke up early the next day to catch the sunrise. It was beautiful -a promise of another wonderful day ahead. 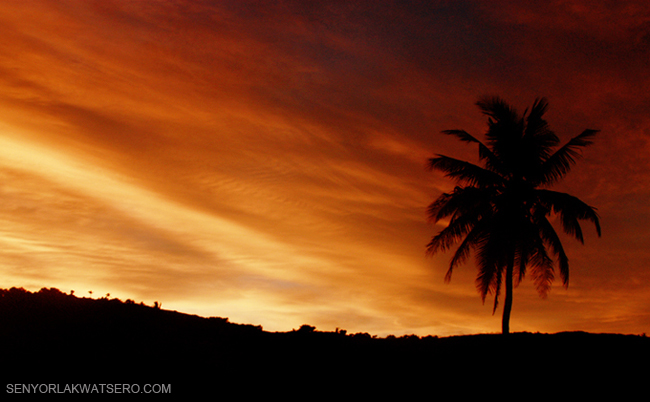 There is an entrance fee of P150.00. Accommodation is pretty basic. Camping is recommended but if you don’t feel comfortable sleeping in a tent, Mang Bert Gonzales and his family, who have been taking care of the island for years now, have one small nipa hut you may rent for P200. Mang Bert has two toilets which he allows campers to use. There is also freshwater you may use to rinse off.

There is no electricity in the island and there is no store nearby so make sure you bring a flashlight and the other necessities like food and drinking water.

If you decide to set your camp on the right side facing the beach, a few meters from Mang Bert’s house (which we did), you can also take a 5-minute walk towards the mountain and you will find another nipa hut which is owned by Mang Bert’s relative. There is also freshwater coming from a spring, but this dries up depending on the time of your visit.

1. Package Tours. You may avail of the services of some tour organizers who offer regular trips to Calaguas. Highly recommended is Mr. Melvic Brinas’ group.

2. Do-it-yourself. Superlines and Philtranco in Cubao have direct bus trips to Paracale. But in case their scheduled trips to Paracale differ from your planned ETD, you may opt to take a bus bound to Daet and tell the driver to drop you off at Talobatib. From Talobatib, ride another bus to Paracale then take a tricycle from Paracale town to Paracale port. Approximate travel time from Manila to Paracale is 10 hours. Fare ranges from P500-P800. From Paracale port, you have two options: a. Wait for a passenger boat going to Mangkawayan, which cost P50 one way, then from Mangkawayan, you can either trek for 30 minutes or hire another boat that would take you to Mahabang Buhangin (Calaguas). Note: The Paracale-Mangkawayan trip schedule is unpredictable b. Hire a boat to Mahabang Buhangin. Approximate cost would be from P2000-P2500.

Mahabang Buhangin or simply Calaguas for most people who have visited the island, is a backpackers’ paradise. But if you’re the type of tourist who coudn’t live without the comfort of the basic amenities developed beaches have, then this is simply not the place for you.