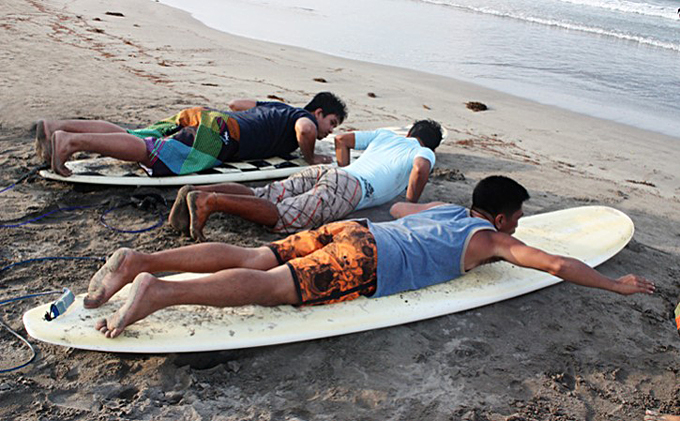 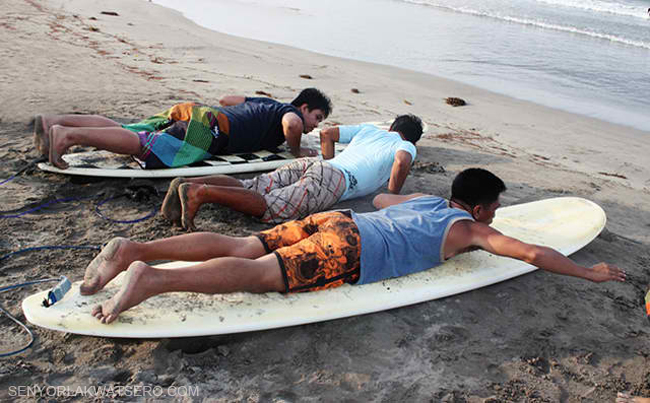 We left Calaguas around 9:00 in the morning. Back in Paracale, Melvic, (tour organizer of the other group who were with us in Calaguas, and who assisted us during the entire trip) found a van that we could rent to take us to Daet. After a quick-lunch in Daet, we dropped by Philtranco Bus Company to buy tickets back to Manila. Then, along with two others from Melvic’s group, we’re off to Bagasbas beach . Time to surf!

I’ve always wanted to surf but didn’t exactly know where to start learning. So when I found out that they offer beginners’ lessons at Bagasbas beach, I immediately included this in our itinerary.

We stayed at Surfer’s Dine-Inn. While the others prefered to stay in the hotel to rest, three of us waited while Melvic asked around trying to find surf instructors. He found three, one for each of us. We paid P400.00 each- P200 for the surf board rental plus P200 more for the instructor.

On the beach, they taught us the basics first such as how to position on a surfboard, how to paddle into the wave and other precautionary measures. After a few minutes, it was time for the real thing! 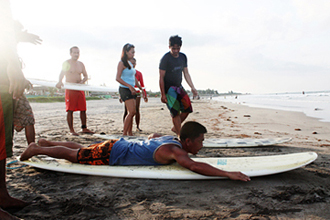 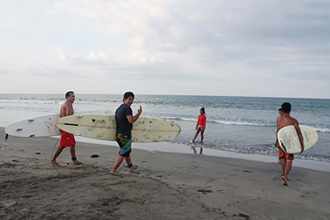 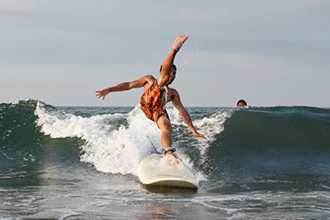 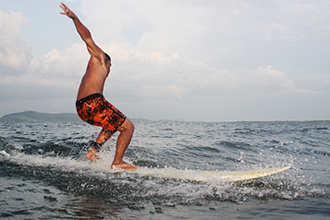 As I emerged from the water after another fall, I heard my other friends cheering from the shore. I looked around to see what’s going on. One of us had made it! With envy, I watched him glide beautifully on the waters towards the shore, beaming with pride. 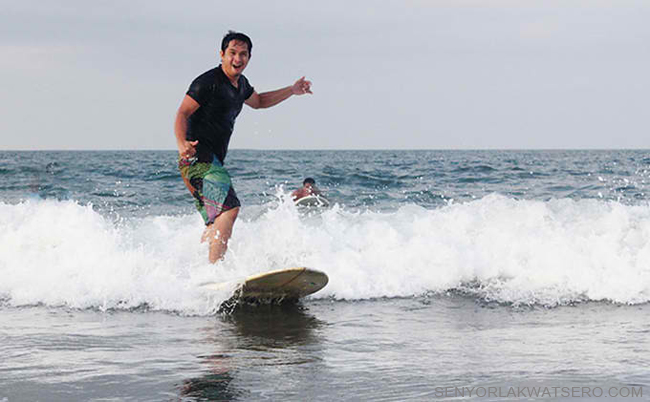 Great! I wanted to be the first one to make it but I was beaten. The pressure was on. I didn’t want to be the last. So after a few more feedbacks from my instructor, I prepared to try again, more determined than ever. We saw a wave coming. I waited, and then, when I heard my instructor say “now!” I pushed myself up from the surfboard , quickly stood up positioning my feet correctly as I was instructed, and maintained my balance the best way I could. I started to glide on the water. I made it! My instructor must have been very proud. 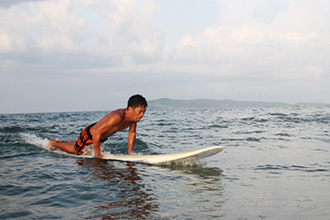 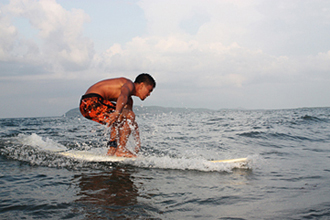 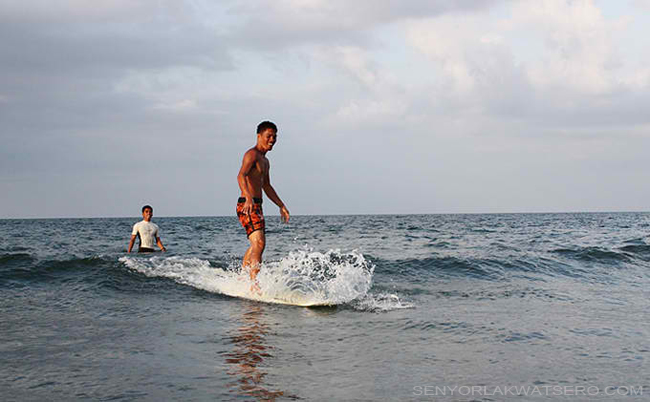 It wasn’t as difficult as we thought. All three of us felt more relaxed and more confident after a few more successful attempts. 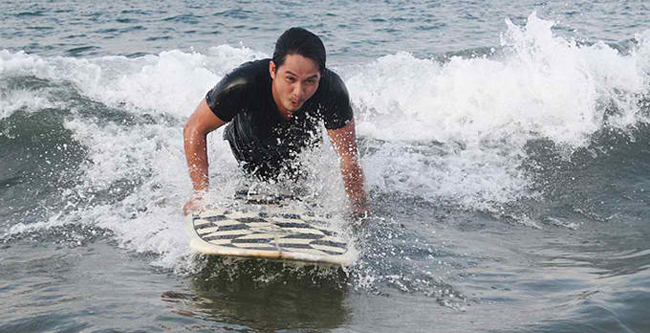 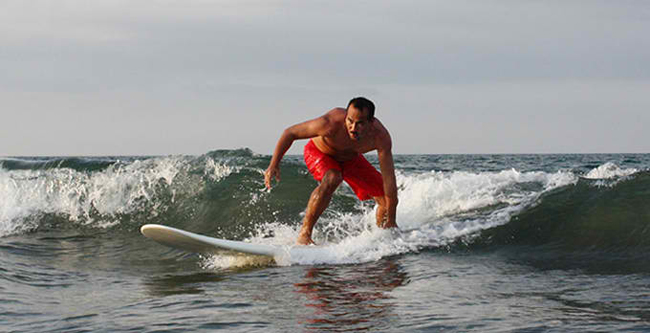 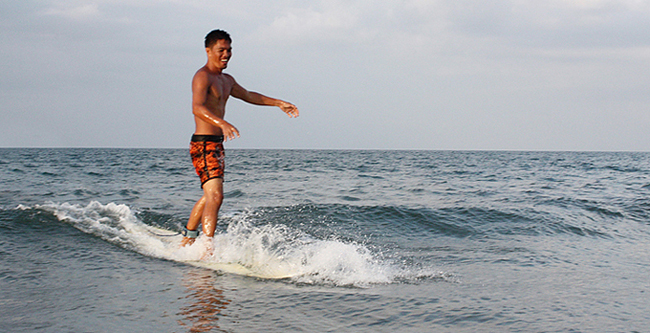 After an hour, we got tired and we decided to go back and joined the girls on the shore. 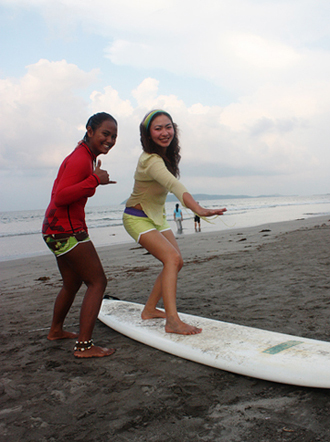 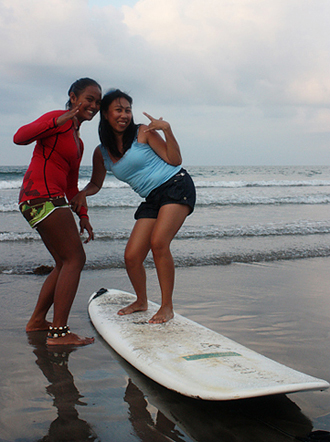 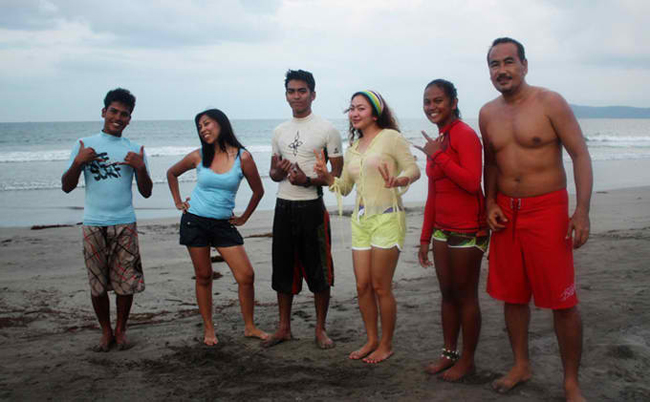 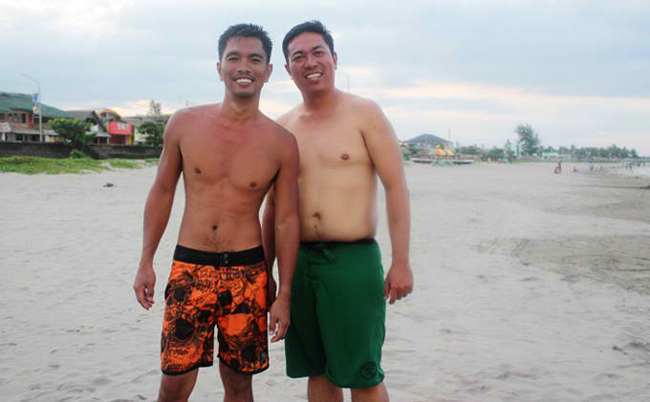 Thanks to Melvic for his assistance. To our surf instructors Karen, Onyo and Owen, great job guys!

The Road To El Nido