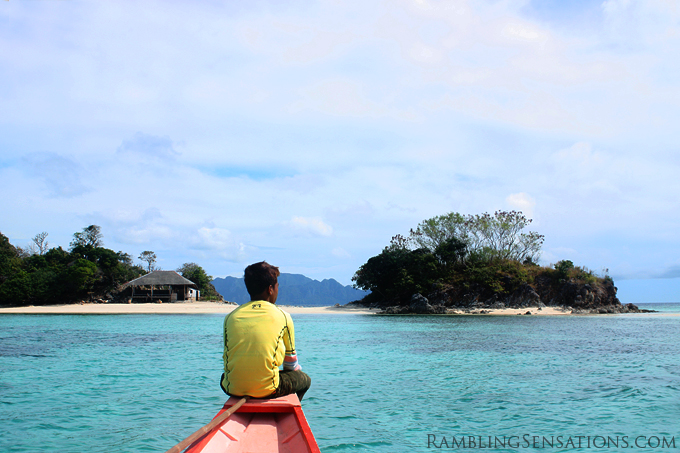 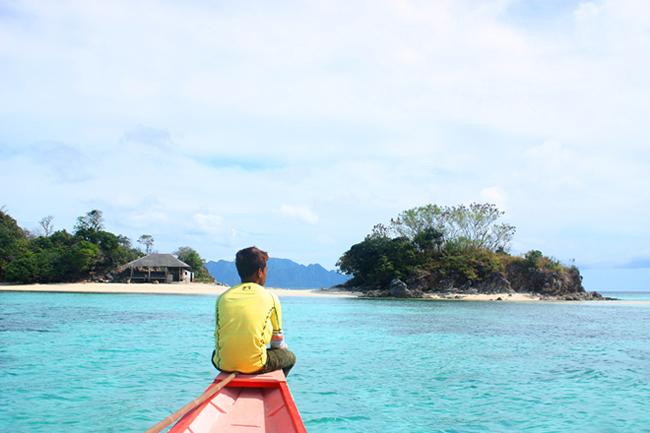 DIY Coron: Day 2. One of the three the islands included in the Banana-Malcapuya loop island hopping tour is the island of Bulog Dos. Malaroyroy island should have been a part of the loop, but at the time of our visit, there had been an ongoing construction that would later turn Malaroyroy into a well-developed island resort. Access to Malaroyroy island had been temporarily prohibited.


Bulog Dos is approximately 5-10 minutes boat ride away from Banana island. This island also belongs to Aling Violeta. According to her, those who have more time to spend would often rent the only kayak available in Banana island, and then paddle their way to Bulog Dos. I’ve also read stories of visitors who got to Bulog Dos from Banana Island by just walking in the chest deep waters when the tide is at its lowest. Something I wouldn’t dare do nor recommend. 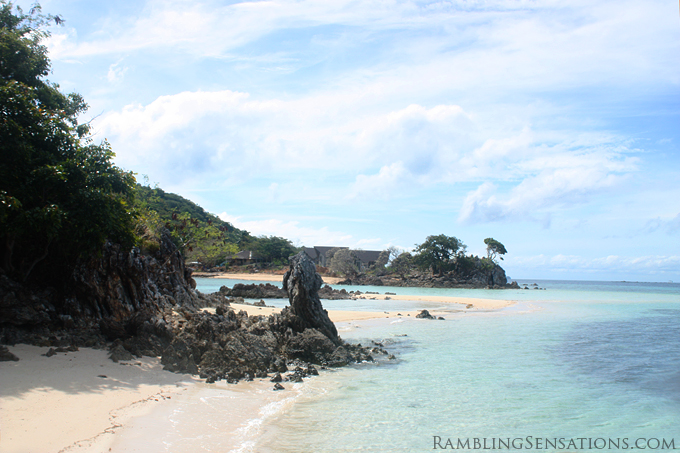 The island has a beautiful sandbar, a tombolo connecting Bulog Dos to Malaroyroy island. The best time to visit Bulog Dos is during low tide at which the tombolo is most visible. When the tide rises up, the sandbar is completely submerged underwater. 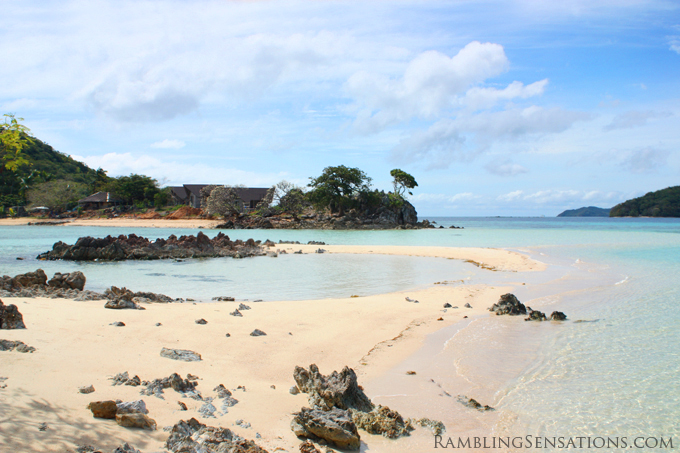 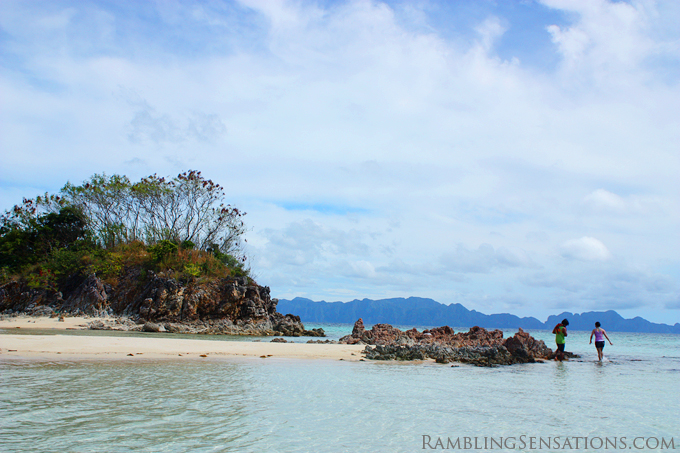 The island is well-maintained. It looked unspoilt with no signs of development except for a solitary nipa hut cottage which can be used by those who would want to have lunch there. I found the scenery in Bulog Dos very unique. The short stretch of white sandy beach, the sandbar, and its several rock formations would certainly delight every visitor. 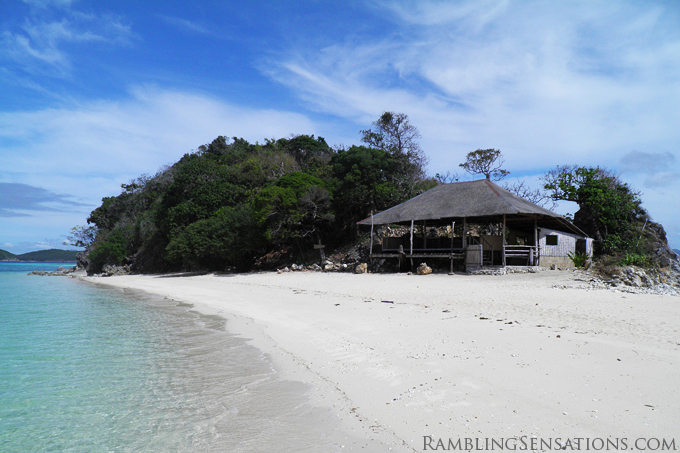 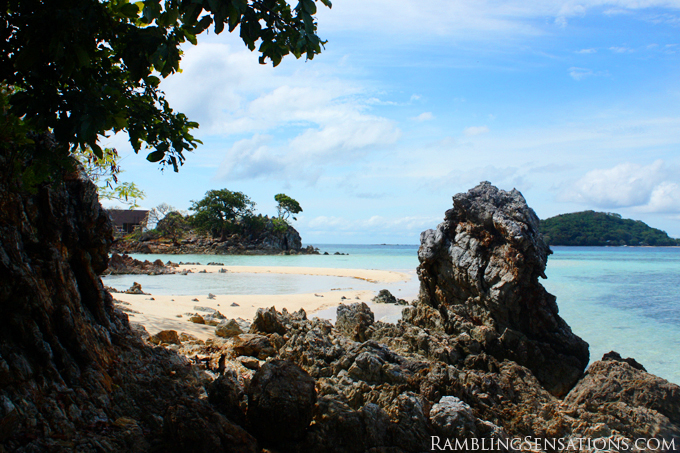 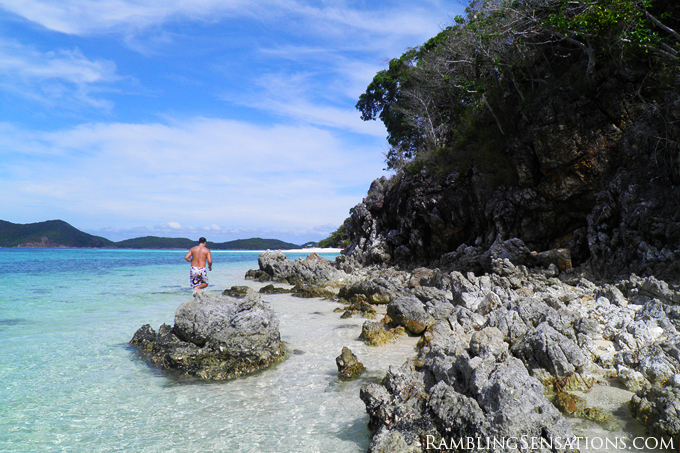 It is a great place for a perfect photo opp. It isn’t difficult to imagine a group of tourists frantically running around the island, having so much fun moving from one spot to the next, and alternately taking photos of one another. Well, I know at least three people who did, but I wont’ tell. 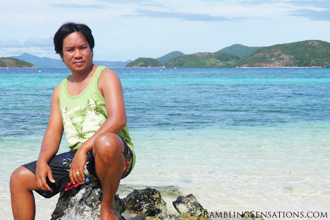 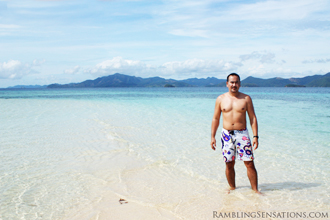 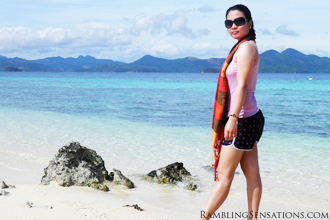 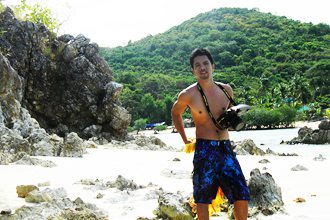 All right! Make that four! We were the only group of tourists in Bulog Dos during that time so we had the whole island to ourselves. It was really fun to just get loose without having to worry about being too noisy or looking crazy, and bothering other people around us.

After we’re done exploring the beach, we put our lifevests and gogles on and began snorkeling in the waters fronting Bulog Dos. We saw a lot of fishes swimming over the corals and as soon as we started to feed them, they began to swarm around us. It was a perfect opportunity for us to take our individual underwater pictures. 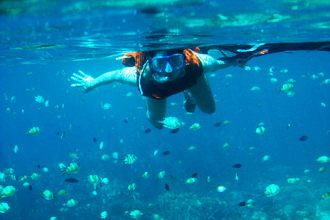 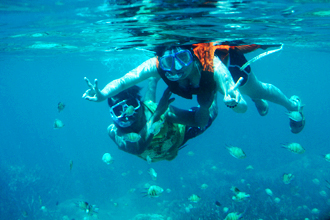 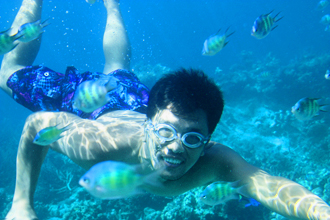 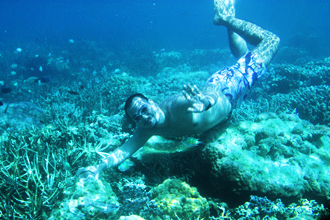 After an hour of snorkeling, we finally decided to call it quits and began swimming back to the shore. We all got back on the boat tired, yet satisfied. When all of us were finally settled, Jerson announced that we’re goin to Malcapuya beach next to have lunch. Awesome!

8 thoughts on “Get Loose in Bulog Dos!”