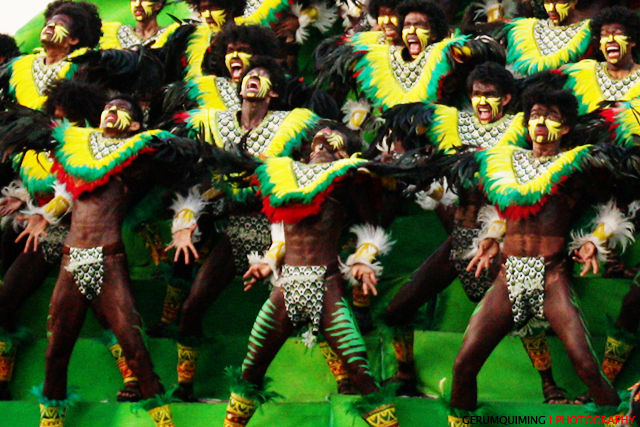 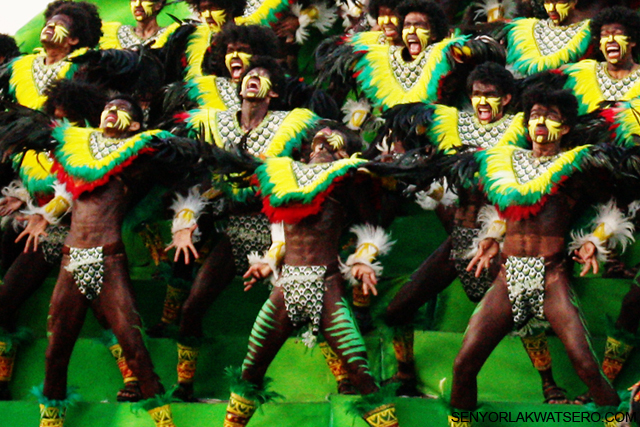 “See you at Aliwan 2011 later!” I told my co-workers as I was leaving the office at 8:30 in the morning. I would be going to the festival along with some photographer friends who simply could not a resist a great photo opp such as this. I was told that we would all meet up at 1PM at the Starbucks Coffeshop located just across the US Embassy. I got home at 9:00AM. I was planning to get some sleep for at least a couple of hours before I start preparing for the event but as soon as I hit the bed, I realized that I haven’t found an accomodation for our trip next week. I quickly turned on my laptop and started looking online. I couldn’t believe how fast the hours went by. When I finally checked my watch, it was half past 11 in the morning. And I was beggining to feel sleepy.

I quickly grabbed my towel and went to the bathroom to take a shower. I knew this would wake me up. My friend who lives near my place was already texting me saying he’s already in Guadalupe. The two of us agreed to meet there first before going to Roxas Boulevard and meet the others. 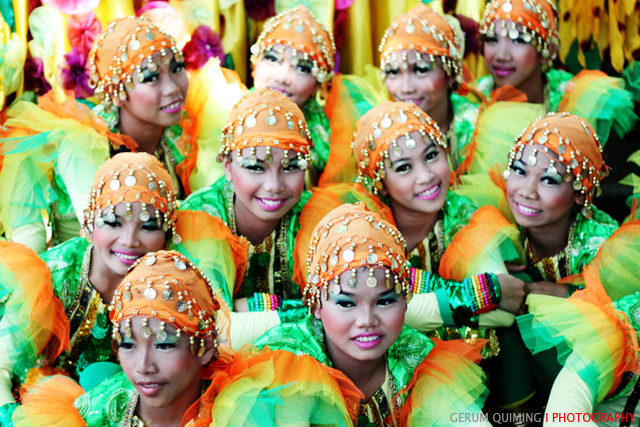 We arrived at the meeting place by 1:30PM, stayed there for a few minutes to wait for the others, and as soon as everyone arrived, we made our way to where the participants were assembled. On the way, we could already hear the sound of drumbeats which made us walk faster. When we finally reached the assembly area, everyone immediately started shooting. 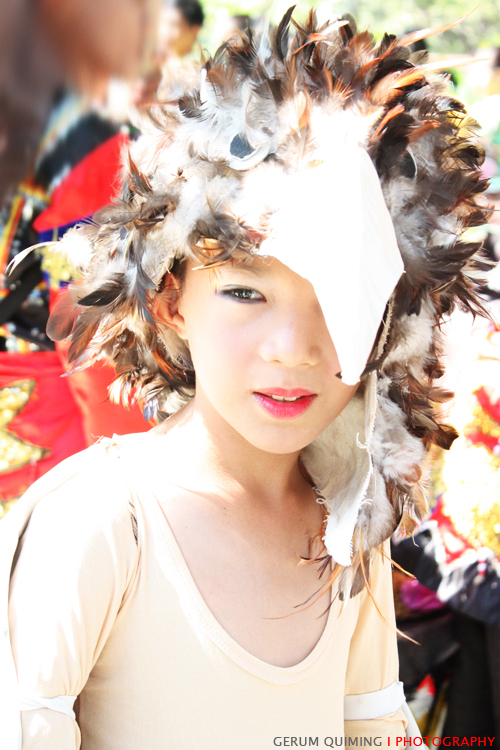 I saw some photographers taking pictures of a group of participants who were all smiles and willing to have their photographs taken. I made my way there and started to shoot alongside the photographers. I’m a little shy in asking the paticipants to pose for me so when I see someone posing for another photographer, I quickly position myself beside or behind the photographer and start shooting too. 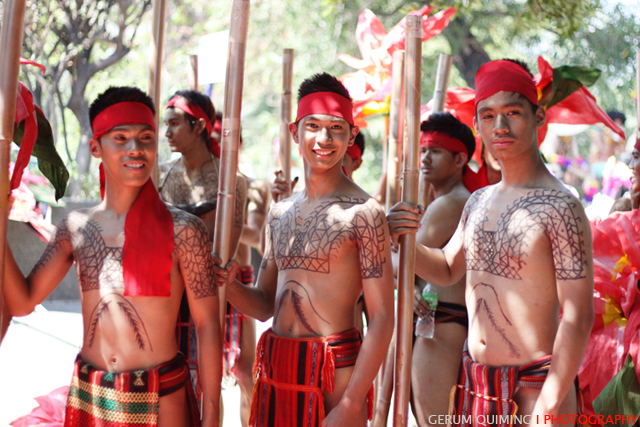 It is always a delight to take pictures of the participants. It’s wonderful how they would all smile quickly or automatically whenever they see a camera pointed at them. Sometimes I find myself smiling with them as I peek through my camera’s viewfinder. 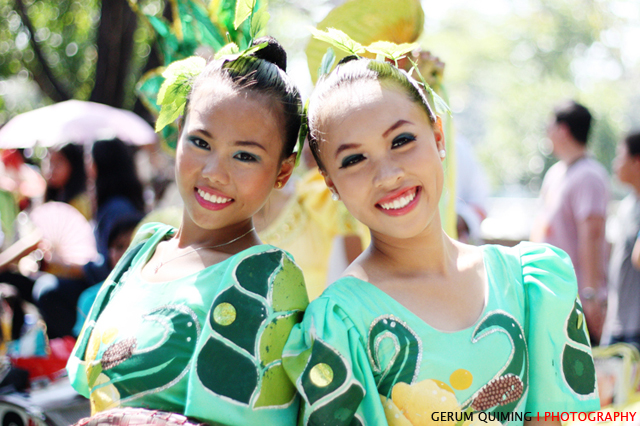 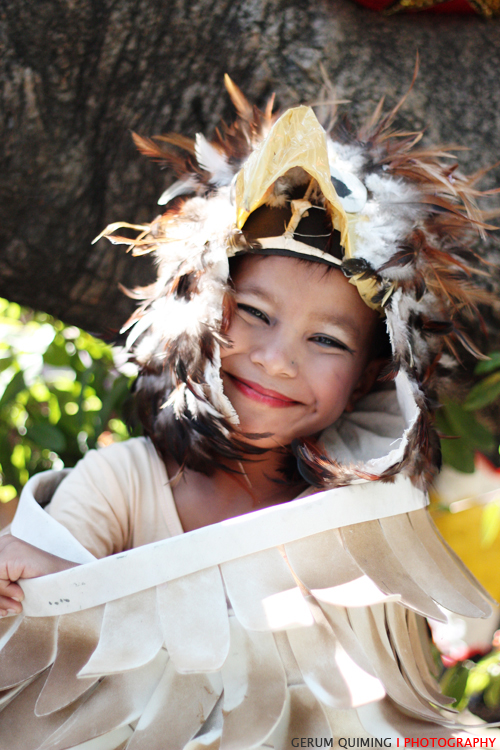 I moved around and separated myself from my group. The performers were busy getting themselves ready, putting those final touches before their presentations. 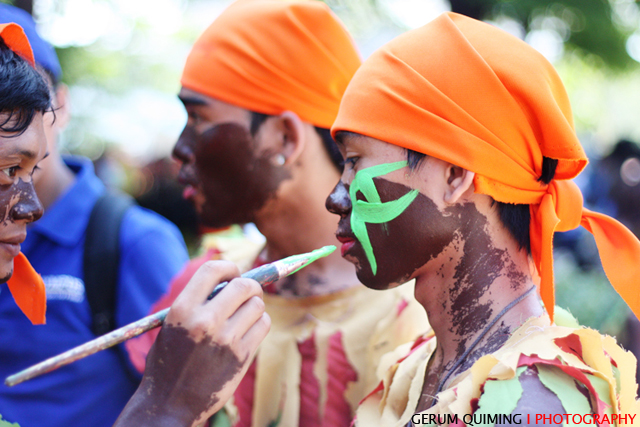 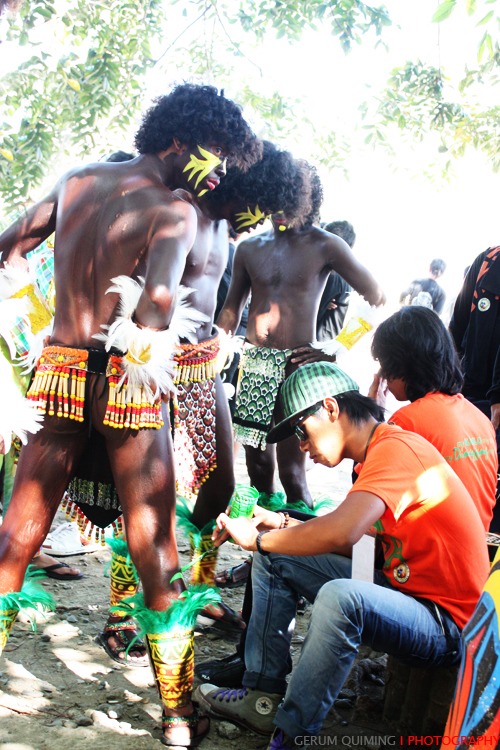 The costumes have always been astonishing, an awesome display of arts and the rich and diverse culture of the Philippines. 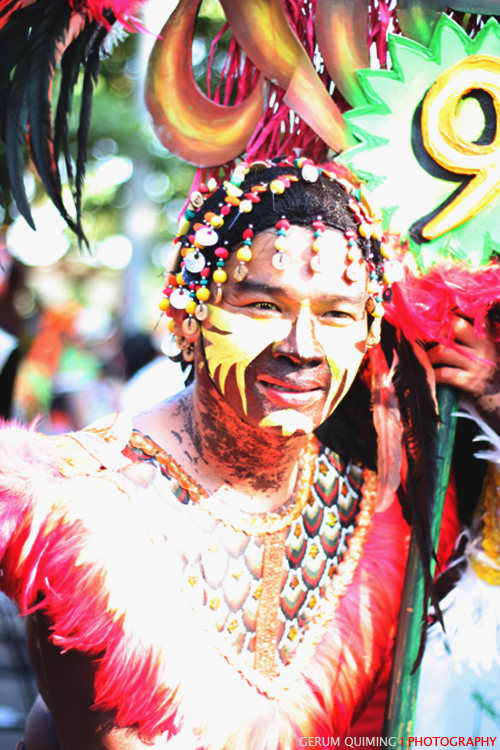 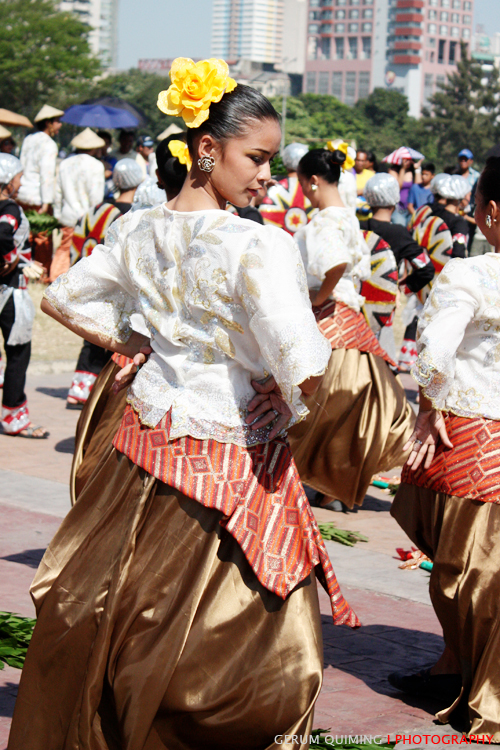 Some of these could also be too revealing and I just truly admire the courage of these performers to wear these types of clothes in public, all for art’s sake, or in this case, for Aliwan’s sake. 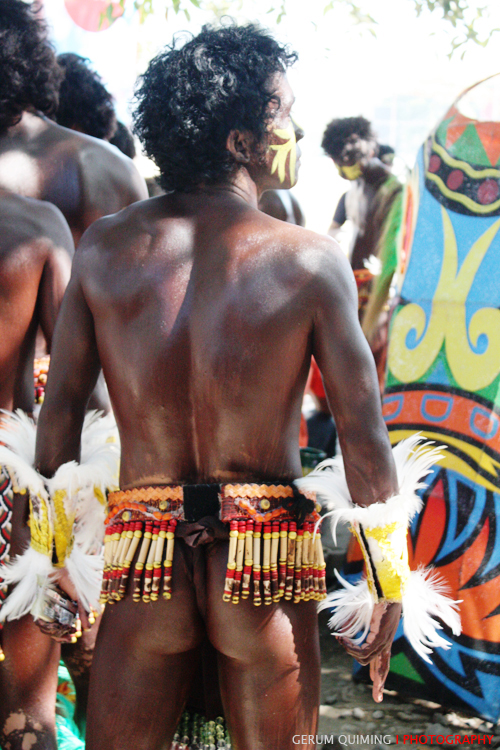 After more than an hour, I was finally reunited with my group. I was told that the dance competition was about to start and we should all go to the Grandstand. 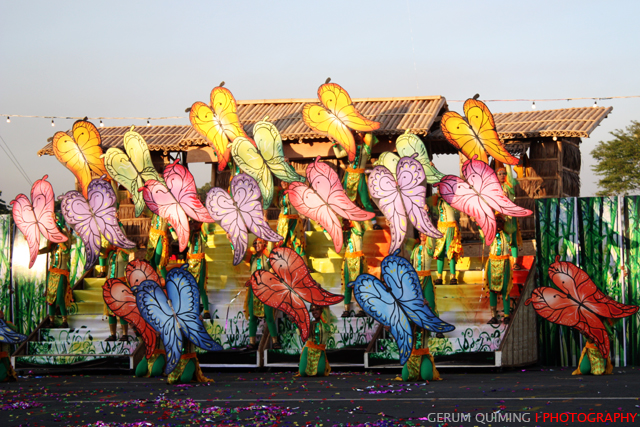 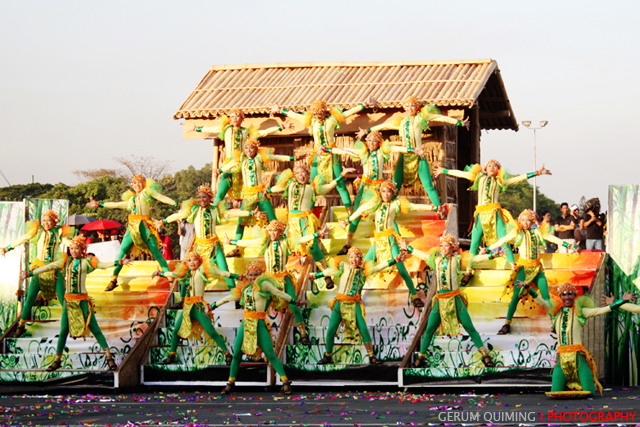 Once inside, I immediately looked around for a good spot where I could watch and more importantly take pictures of the performances. I had to move closer to the fence as my camera was equipped only with the kit lens. There were already a lot of photographers infront of me. I was hoping I would be able to ease myself slowly forward later. 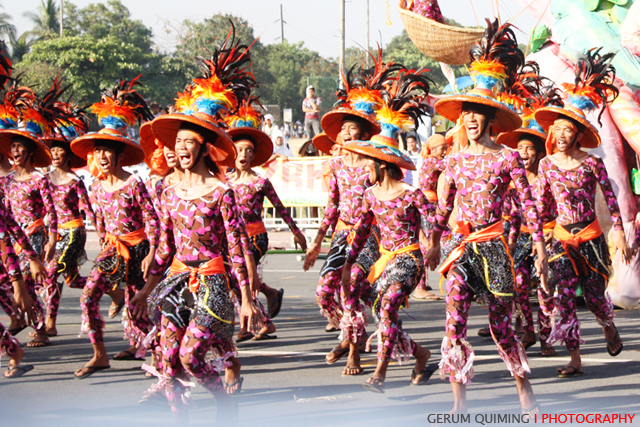 When the performance started, some photographers behind me began to get a little agressive and I was pushed forward which made those infront of me share a little space. It still wasn’t the most comfortable position but I was near enough for me to get better pictures. 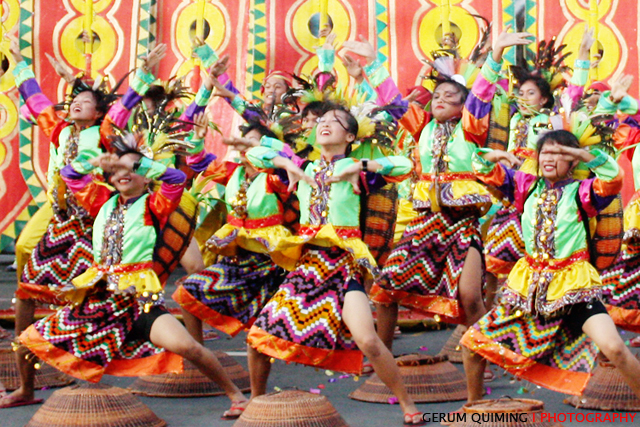 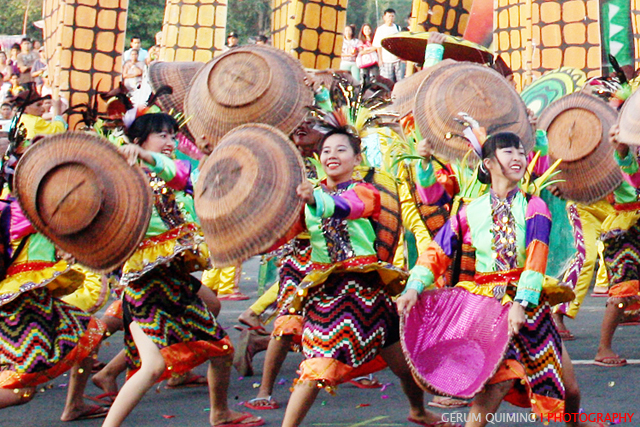 I enjoyed every performance and just like the previous year. I again felt full admiration and great respect for their hardwork and their strong dedication to the success of the festival. 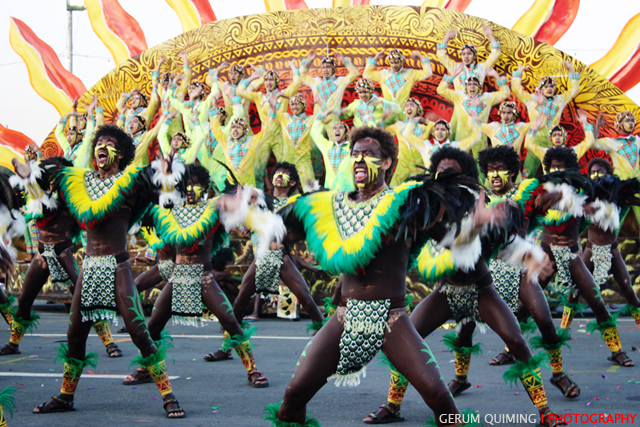 There were a few moments when I felt bad for the participants, especially the younger ones because it was simply too hot. But as I watched them dance and smile beautifully and really give their best in their presentations, I thought, maybe, they didn’t really mind. Perhaps the excitement and the pride that they feel in being a part of this great event had blanketed them from the scorching heat of the sun. 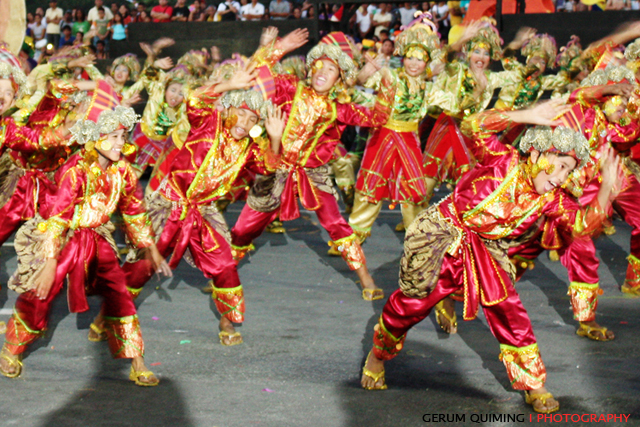 I didn’t mind the heat either. I was having a blast taking photos and watching everyone perform. I forgot that I hadn’t slept yet and I didn’t even realize that I had been awake since 9:00 the previous night, until my pictures began to look blurred. I got worried. I thought there was something wrong with the settings, or my hands weren’t steady enough. But as I looked at the photographs I took earlier, they too also looked blurred. That’s when I felt certain that my photographs were fine, and that the blurred vision was due to my lack of sleep. 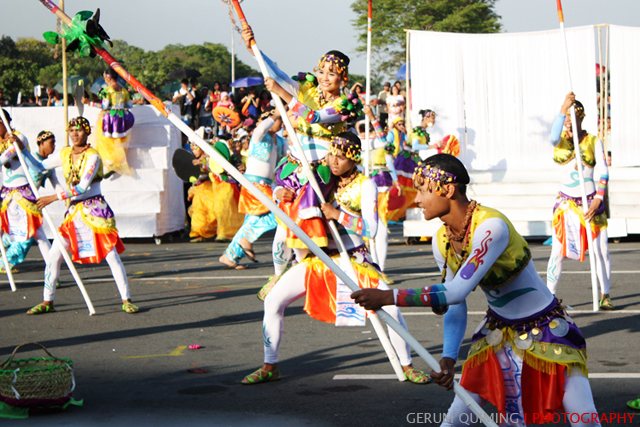 I looked around for my companions, but they were nowhere to be seen. It was already dark and some of the photographers who were infront of me had left, but I decided to stay for one more hour before I would call my friends to find out where they were. 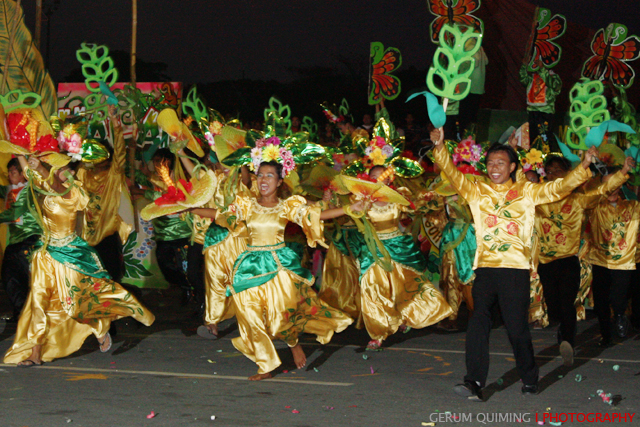 Half an hour later, I received a text from one of them telling me that they were already at Chowking and asked me to meet them there. I would have wanted to watch all the participants perform but I was beginning to feel really tired. It was time to go. Besides, it was getting more difficult to take pictures. My lens wasn’t fast enough to take action shots at night. 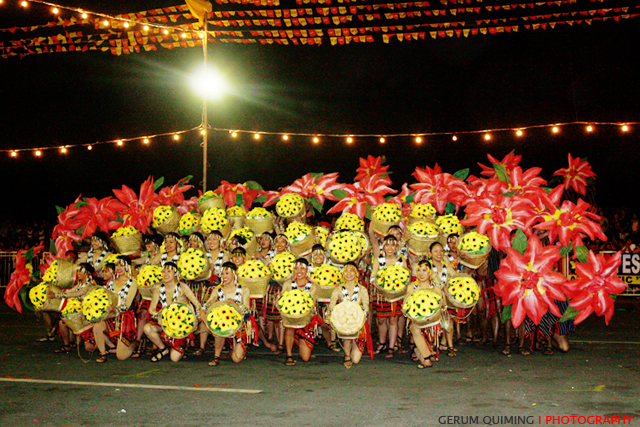 I started to walk towards Roxas Boulevard. On my way, I saw the participants on their way to Aliw theater where they would have their final perfromances. They were supposed to be streetdancing I believe, but they were walking instead, and the street though lighted was a little dark for people to fully appreciate the parade. I wish they would start earlier next year. 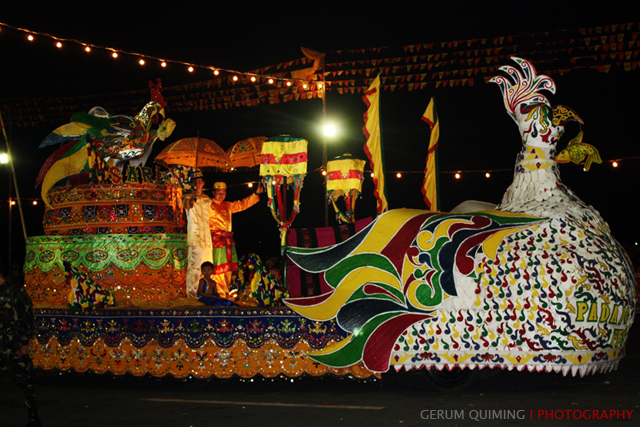 We had a quick dinner at Chowking and by 8PM we we went our separate ways. I was hoping I’d get home just before Kapuso Mo Jessica Soho starts. Claire and James, fellow travel bloggers, would be featured on the show and it would have been very nice to watch them on TV, but we had a hard time looking for a cab. And since some of the roads were closed due to the festival, traffic became heavy it took me two hours to reach home. I was too tired, I barely managed to change my clothes before I finally crashed into my bed. 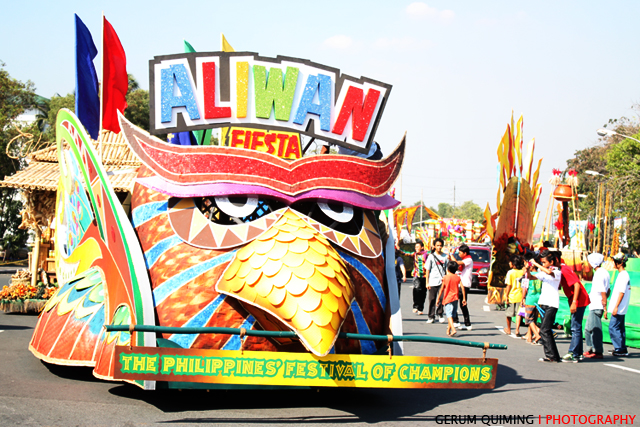 9 Things to Do at Cagbalete Island

To the North, to the North: A Road Trip to Ilocos